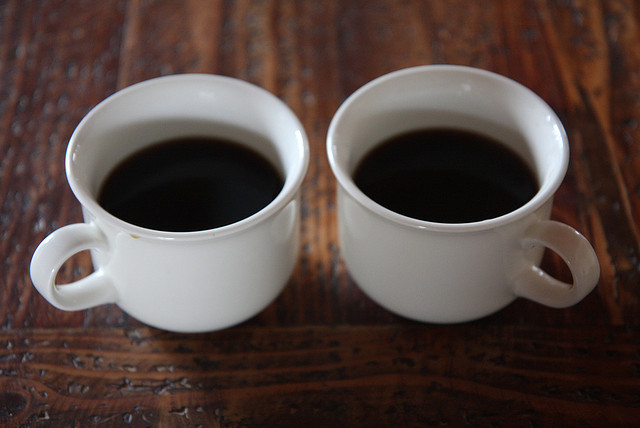 In the latest study to tie coffee to health benefits, new research finds a daily caffeine boost may ease symptoms of Parkinson's disease in sufferers.

Parkinson's is a degenerative brain disease that causes tremors, difficulty with walking, movement and coordination. The condition most commonly develops in adults over 50, and occurs when nerve cells in the brain that make the muscle-controlling neurotransmitter dopamine are slowly destroyed, leading to loss in muscle function. The cause of the disease remains unknown.

Six weeks into the study, people taking the caffeine pills averaged a five-point improvement on a ratings scale of Parkinson's symptom severity compared to those who took placebos. Researchers called this a modest improvement, but one that might provide benefits to people with the disease.

The researchers also found those in the caffeine group averaged a three-point improvement in the speed of their movements and the amount of stiffness they experienced, compared to their caffeine-free counterparts.

"Studies have shown that people who use caffeine are less likely to develop Parkinson's disease, but this is one of the first studies in humans to show that caffeine can help with movement symptoms for people who already have the disease," study author Dr. Ronald Postuma, a neuroscientist at McGill University in Montreal, said in a press release.

Postuma said in light of his findings, a longer study was needed to determine whether the effects of caffeine would wear off over time.

"Does it really make a difference over years of Parkinson's disease? I don't think we know," he told Reuters.

Postuma added that the main drug given to patients with Parkinson's, levodopa, would provide benefits up to four times greater than what his team saw in people taking caffeine pills.

In an accompanying editorial in the same journal issue, Dr. Michael Schwarzschild, associate professor of neurology at Harvard Medical School in Boston, wrote that caffeine seems to block a malfunctioning brain signal in Parkinson's disease that may explain these benefits in patients. However, he stopped short of recommending coffee or caffeine as a treatment.

"Although the results do not suggest that caffeine should be used as a treatment in Parkinson's disease, they can be taken into consideration when people with Parkinson's are discussing their caffeine use with their neurologist," Schwarzschild wrote.

Recent studies have found drinking coffee could help stave off Alzheimer's in older adults, reduce risk for the most common form of skin cancer, decrease a person's odds of developing heart failure and even lower their overall risk of premature death by 10 percent.