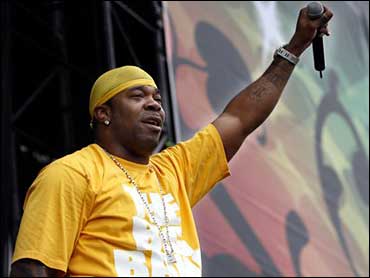 Busta Rhymes has rejected a plea deal that would have sent him to prison for a year.

Prosecutors had offered Rhymes a year behind bars in exchange for pleading guilty to two assaults. He would have also had to pay $100 and attended a seminar on drunk driving.

By rejecting the plea, the Brooklyn rapper will have to appear in Manhattan Criminal Court in July.

Rhymes, whose real name is Trevor Smith, has been in a lot of trouble recently. He also faces charges that he knocked around a former driver and a fan. He was arrested last week and charged with driving under the influence, and also faces a charge of driving with a suspended license.