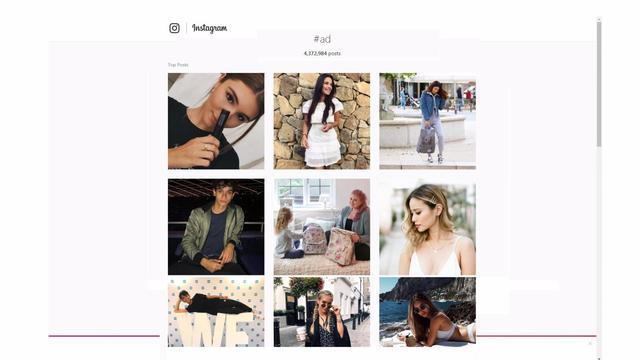 According to marketing firm Media Kix, Beyoncé can earn $1 million for a sponsored social media post. Selena Gomez can earn more than half a million and Kendall Jenner gets up to $300,000. But these days, you don't have to be a household name to be a social media influencer.

The influencer category is a $1 billion industry and it's projected to grow to $2.4 billion in just two years. In some ways, it's just a throwback to integrated content at the dawn of television. But as one expert says, what's different now is just who can be the pitchman and how much money can they make.

With the help of a photographer and a bottle of cologne, Ryan Clark is essentially the head of a one-man ad agency.

"I think I go by many hats, so I can go by blogger, influencer, brand consultant. I can go by creative director," Clark told CBS News' Jamie Wax.

Clark is paid to post photos and curated videos on social media for brands ranging from Armani to BMW. The Texas native passed up a career as a medical doctor to become a travel and lifestyle influencer.

"So I was three degrees in, a bachelor's in chemistry, a masters in healthcare management, second masters in biomedical sciences. And completely stopped, dead set in my tracks and was just, like, 'I don't see myself doing this for the rest of my life,'" Clark said.

"We have a set influence over the people who follow us in that regard. They want to aspire to do the things that we're doing or go to places that we're going or wear the clothing that we wear," Clark said. "Managing engagement, managing my followers, managing my brand placement, my partnerships, all of those different things -- it's a full-time job. And I wish there were two of me. I would probably make a lot more money if there were two of me."

Clark is one of 17,000 influencers in the database of Fohr Card.

"Brands want to go where the eyeballs are," said James Nord. He is the founder and CEO of Fohr Card, which provides detailed analytics on its legion of influencers to brands, and helps with marketing campaigns.

Earlier this year Forbes released a comprehensive list of the world's top influencers. In the field of fitness alone, the top 10 influencers have a combined reach of 106 million followers.

"Not enough. I wish there was more, but it's certainly growing. You know, I've heard that it's gonna be $5 billion in the next three years. I think global digital advertising is about $150 billion. So it's a sizeable chunk," Nord said.

One of those companies is Giorgio Armani.

"What has changed and what is changing very fast is technology, the access to data, and the different ways in which we can access people's lives. And this is where influencer gives brands an opportunity to exponentially increase the entry point to engage with consumers," said Giovanni Valentini, Armani's vice president of marketing.

"There were sort of two reactions. One was, 'ha, ha, ha, this world is so ridiculous.' And then on the other side it was like, 'Can you tell me how to get more followers?'" Chafkin said.

"I got a professional Instagram photographer to shoot me in various cool clothes. And they coached me on how to act. And I did okay. Like, I added about 1,500 followers or so over the course of 30 days," Chafkin said. "That sounds pretty good. Except I was spending basically all of my time on this. So I think anyone can do it, but a talent is probably more important than anything else."

But as Chafkin found out, even with influencers -- whose brands are based on authenticity -- looks can sometimes be deceiving.

"You can buy followers. And as part of my experiment I bought 500 followers for $50 bucks or something, and very quickly Instagram deleted a lot of them. But they didn't catch all of them," Chafkin said.

Last spring, the agency sent out a letter to more than 90 influencers urging them to prominently display that a post is an ad or sponsored content. In June, Instagram added a "paid partnership" header for when a commercial relationship exists.

"One of our first big deals, and we were able to offer a beauty vlogger $30,000 for a video. And I was super excited to send the offer, because it's like, it's kinda fun -- that's a lot of money to give somebody to make a five-minute YouTube video. And she turned it down, because the shade of foundation didn't match her skin tone. And she said, 'If I do this video, all of my followers will go out and buy this, and then I will lose their trust,' and I was so impressed that you could turn down $30,000, because I would have, I mean, give me that foundation. I'll make that video today," Nord said.

Nord says the money is more than a safe bet -- even the nearly $1 million Kim Kardashian was reportedly paid last year just to attend a party with other influencers.

"That's literally how many people watch the Super Bowl that are watching her. You got 100 million people that love this one person and take her advice and respect her advice, and your brand gets to be a part of that for a million bucks, that's honestly a steal," Nord said.

Ian weakens into a tropical storm
Thanks for reading CBS NEWS.
Create your free account or log in
for more features.
View CBS News In
CBS News App Open
Chrome Safari Continue
Be the first to know
Get browser notifications for breaking news, live events, and exclusive reporting.