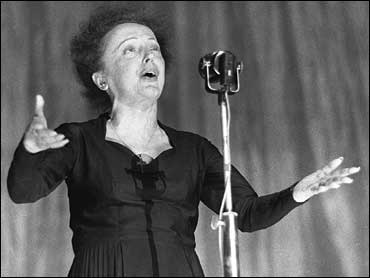 President Bush urged Congress on Monday to grant him broad powers to negotiate trade deals, calling the barrier-free exchange of goods a "moral imperative" that would spread democracy, prosperity and human rights across the globe.

"I urge the Congress to restore our nation's authority to negotiate trade agreements and I will use that authority to build freedom in the world, progress in our hemisphere and enduring prosperity in the United States," Mr. Bush told the Council of the Americas, a hemispheric business group.

Later this week, the president plans to formally ask Congress to give him the authority to negotiate trade deals that could be voted up or down by lawmakers without changes. Presidents from Ford to Clinton had such "fast-track" authority, but it lapsed during the Clinton administration.

"By failing to make the case for trade, we've allowed a new kind of protectionism to appear in this country," Mr. Bush said. "It talks of workers, while it opposes a major source of new jobs. It talks of the environment, while opposing wealth-creating policies that will pay for clean air and water in developing nations. It talks of the disadvantaged, even as it offers ideas that would keep many of the poor in poverty."

"Open trade is not just an economic opportunity," he said, "it is a moral imperative."

Mr. Bush, who has long pushed for negotiating powers, sharpened his attack on critics with the address.

"I'm counting on the council's help to bring sanity to the United States Congress," Mr. Bush said to an audience of some 300 business leaders, ambassadors and government officials, including Sen. Chuck Hagel, R-Neb.

A group of 61 senators sent Mr. Bush a letter Monday warning him that they will strongly oppose any new trade agreement that would restrict America's ability to use its laws to protect U.S. companies against unfair trade practices of other nations.

The letter cited America's anti-dumping law, which allows the government to impose penalty tariffs against imported products being sold in the United States at unfairly low prices. It also cited a law that allows the United States to impose higher tariffs in retaliation for unfair trade barriers erected by another country against American exports.

"Each of these laws is fully consistent with U.S. obligations under the World Trade Organization and other trade agreements," the senators said in the letter.

Setting up Mr. Bush's address to the Council of Americas, Secretary of State Colin Powell took aim at critics of the proposed hemispheric free trade agreement, saying the plan would advance "worker and human rights over the long run" while protecting the environment and advancing economic equality.

Powell said the North American Free Trade Agreement is a powerful example of the benefits free trade can bring.

The Council holds its annual meeting in Washington every spring but this is the first time in memory a U.S. president has agreed to address the gatherig.

Powell said that during NAFTA's first five years of existence, employment increased in Mexico by 22 percent, in Canada by 10 percent and in the United States by more than 7 percent.

"Did NAFTA hurt democracy in Mexico?" Powell asked. "No. Today, Mexico has a president elected from the opposition, the first in 70 years. It has freer labor unions, a freer press and a growing number of active nongovernmental organizations."

He said President Vicente Fox is questioning "all the old models in Mexico and directly confronting violence and justice, crime and corruption. He deserves and receives our full support."

At the recent Summit of the Americas in Quebec, hemispheric leaders reaffirmed a commitment to conclude a regional free trade agreement by 2005. Anti-free trade groups sought to disrupt the proceedings, some arguing that free trade puts profits ahead of the needs of workers. Others maintained that NAFTA has not produced any benefits for Mexican workers.

Powell suggested the protesters were on the wrong side of history.

"We need to get out the word, the message about the new world we live in and the opportunities before us. The noisy protesters against globalization, they can't see it," he said.

"The reality is that free trade and globalization promote worker and human rights over the long run" and "helps the environment and improves economic equality through greater wealth for all."