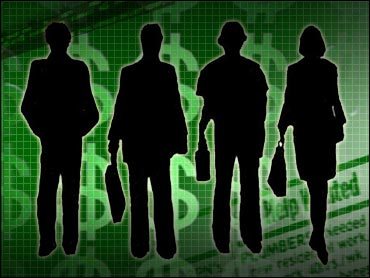 The White House backed away Wednesday from its own prediction that the economy will add 2.6 million new jobs before the end of this year, saying the forecast was the work of number-crunchers and that President Bush was not a statistician.

White House press secretary Scott McClellan, asked repeatedly about the forecast, declined to embrace the prediction, which was contained in the annual economic report of the White House Council of Economic Advisers.

Unemployment and the slow pace of job creation are political liabilities for Mr. Bush as he heads into a battle for re-election. Despite strong economic growth in the past six months, the nation has lost about 2.2 million jobs since he became president.

The jobs forecast was the second economic flap in recent days for the White House. Last week, Mr. Bush was forced to distance himself from White House economist N. Gregory Mankiw's assertion that the loss of U.S. jobs overseas has long-term benefits for the U.S. economy.

Asked about the 2.6 million jobs forecast, McClellan said, "The president is interested in actual jobs being created rather than economic modeling."

He quoted Mr. Bush as saying, "I'm not a statistician. I'm not a predictor."

He said the annual economic report was based on data from about three months ago. Since then, Mr. Bush has said that things are improving.

The issue arose at the White House after Treasury Secretary John W. Snow and Commerce Secretary Don Evans declined to endorse the jobs prediction and said it was based on economic assumptions that have an inherent margin of error. They spoke during a tour through Oregon and Washington to promote the president's economic agenda.

"The number-crunchers will do their job. The president's job is to make sure we're creating as robust an environment as possible for job-creation," McClellan said. "That's where his focus is."

"This is economic modeling … some have said it would be lower," he said.

"The president has said he is not a statistician. He is most concerned about whether people are hurting and able to find jobs," McClellan said.

"The economy is moving in the right direction … but there is more to do," he said.

According to Agence France-Presse, Snow said the 2.6 million job figure was "a projection, an assumption, that was used in developing the budget."

Snow said the jobs figure was "a number that's corroborated by lots of private sector forecasts indicating there would be a significant pickup in growth this year." But a Wall Street Journal survey of analysts finds most expect about 1.4 million new jobs between now and the election.

The new jobs are needed not just to put some of the nation's jobless back to work but also to absorb the new employees constantly entering the labor force.