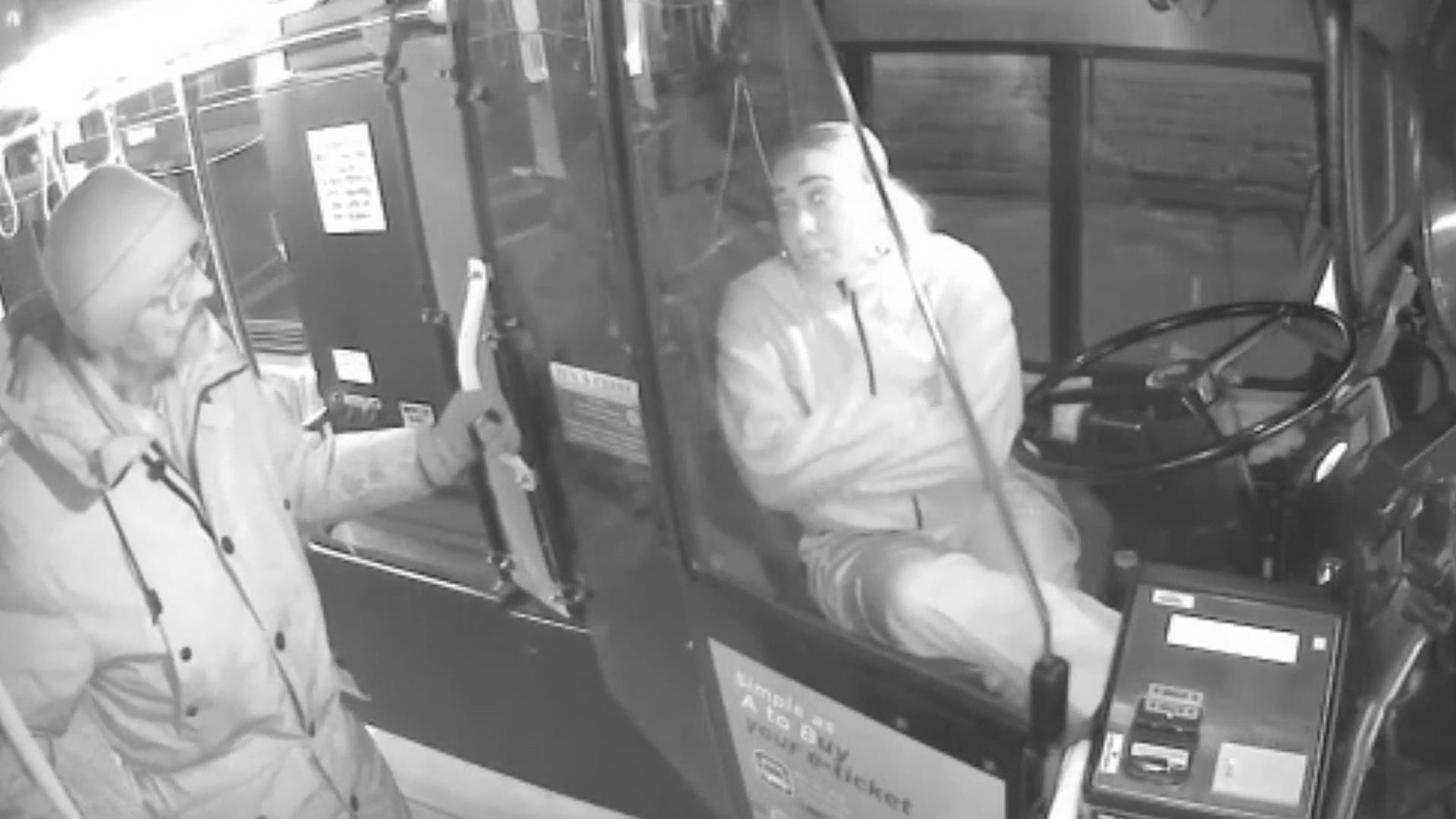 On a recent chilly night in Wisconsin, a Milwaukee bus driver extended an act of kindness to a homeless rider — and it was all caught on camera. Now, that gesture is being heralded as humanity at its best.

Natalie Barnes was driving her usual route when a man named Richard, who boards her bus about once a month, got on and told her that he had just lost his home.

"I've been out on the streets for a week," he said. "I am officially homeless."

"Why? What happened?" Natalie exclaimed.

"My house was condemned," he explained.

Natalie offered to buy him dinner, but when the proud man refused, she pivoted — offering, instead, a place where Richard could stay safe and warm for the night.

So, for hours, as she drove and picked up passengers throughout the city, Richard sat quietly in the first row. And finally, when it was time for Natalie's break, the two spent some time talking. Then he let the kind bus driver buy him dinner.

"I don't know what to say, but to say thank you," he told her upon returning with bags of food. "I'll give it back to you."

"No you won't!" she responds. She also reached out to a community organization that was able to help Richard find temporary housing and supportive services.

"The community really needs to help with the homeless people that are outside," Natalie Barnes later said during an interview. "When I'm on the east side of Wisconsin, there are a lot of people who are looking in garbages for food. They're underdressed. They don't have anywhere to go... They still should have basic necessities, like food and like clothing, just to survive."

So, on that chilly night in October, that's what she gave a man in need. And since then, she's given him something even better — a friend.

"Richard has become a friend of mine," she said, breaking into a huge smile. "We talk every couple of days. And he thanks me every time he talks to me for helping him. He calls me his little guardian angel, so I'm happy to say that he's progressing well."

Their story shows that a lot of good can happen when a person lets kindness take the wheel.

A homeless mother left her dog with a note: "Please love me." A shelter reunited them.
More