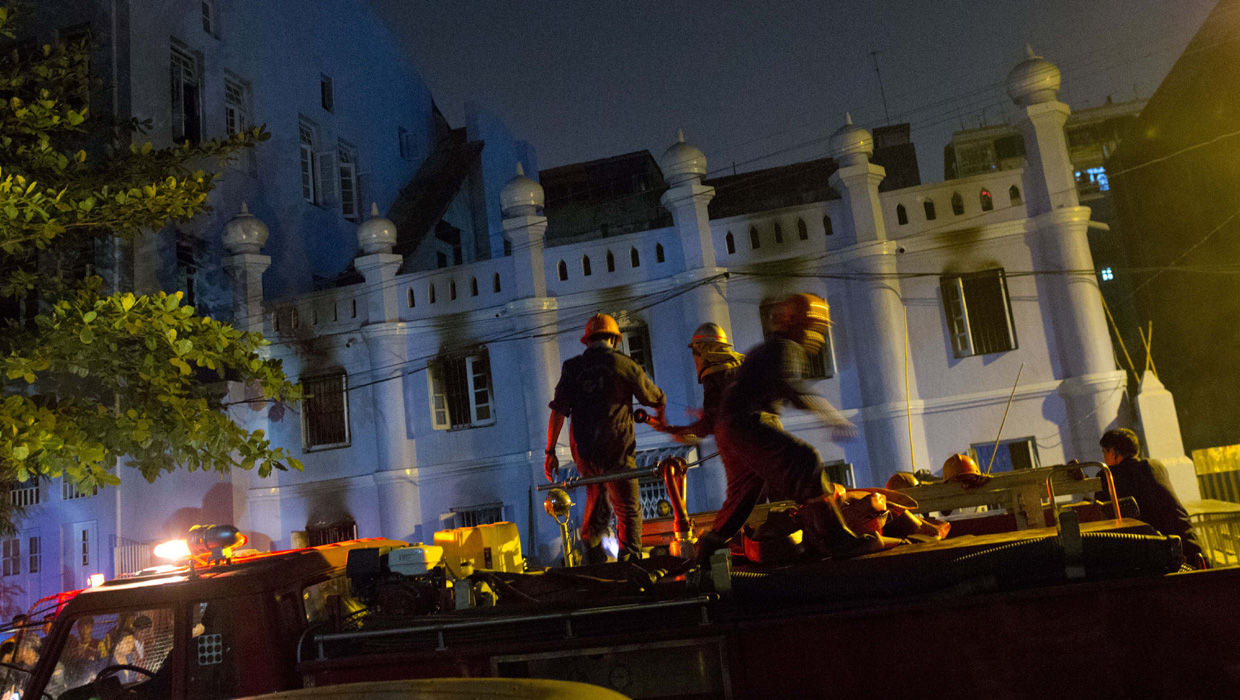 YANGON, Burma A fire engulfed a mosque housing orphans in Burma's largest city Tuesday morning, killing at least 13 children in the blaze that police blamed on an electrical short.

Riot police were deployed nearby as some Muslims gathering outside the charred building feared the fire was linked to sectarian violence that has shaken the nation.

Police officer Thet Lwin said the fire was triggered by an overheated inverter "and not due to any criminal activity."

Burma, also known as Myanmar, has been on edge after sectarian violence between Buddhists and Muslims erupted in the central city of Meikhtila in March, killing dozens of people and displacing more than 10,000. The violence that has largely targeted Muslims has since spread to several other towns where extremist Buddhist mobs have torched or ransacked mosques and Muslim-owned property.

The mosque is in eastern Yangon.

Thet Lwin said about 75 orphans lived there and most escaped safely by running out of a door police knocked open. It was not immediately clear how the 13 victims became trapped.

Firefighters extinguished the blaze, and the two-story building was charred but intact.

At least three trucks of riot police were deployed near the mosque. Around 150 Muslims were gathered outside, some fearing the fire was linked to the sectarian unrest.