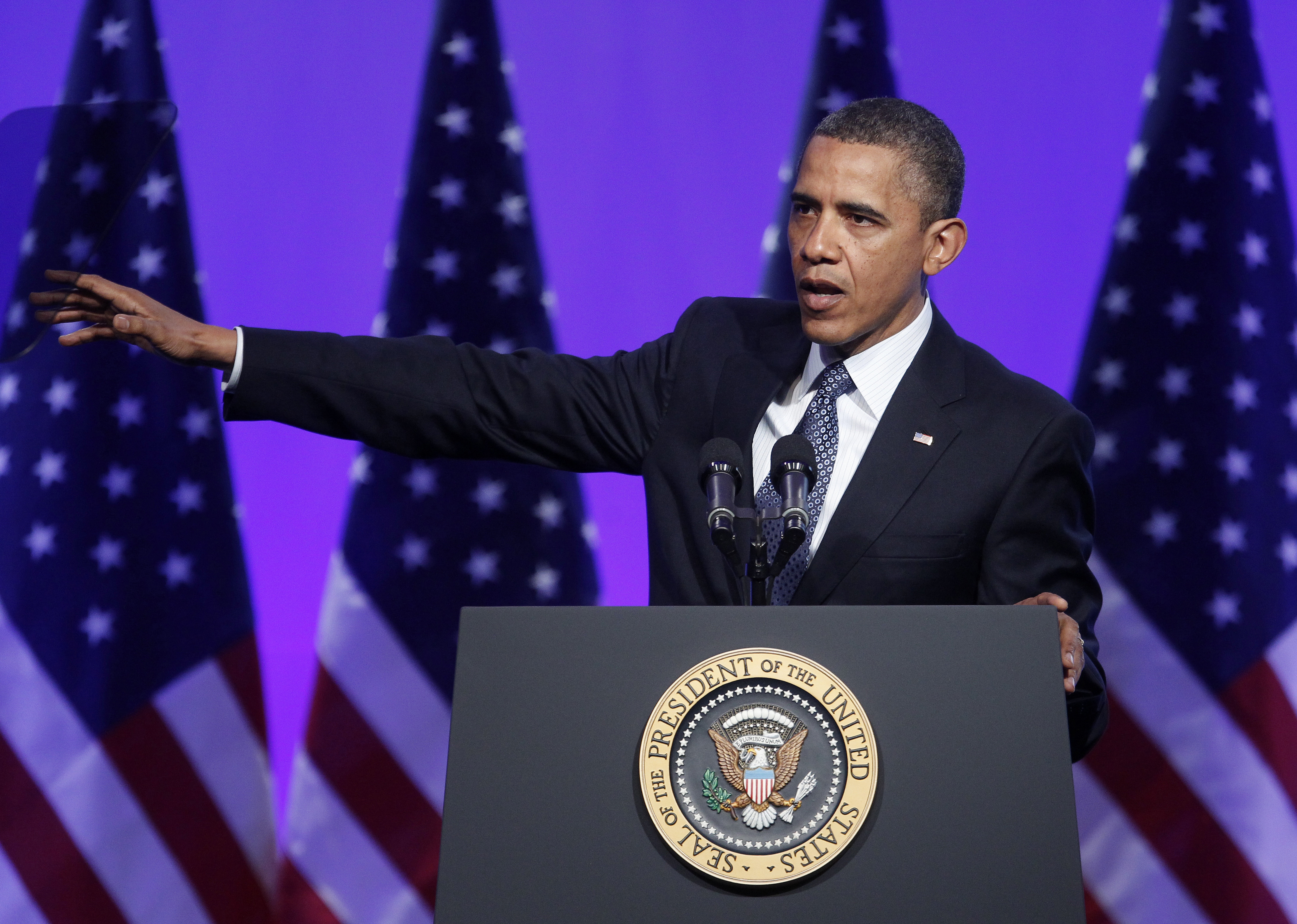 President Obama may be talking about policy today when he trumps the Buffett Rule in an official speech in Florida, but his re-election campaign is seizing the issue to hammer Mitt Romney, his presumed Republican opponent, on issues relating to his wealth and taxes.

The so-called "Buffett rule," which would compel wealthy Americans to pay at least a 30 percent tax rate, may have close to no chance of becoming law in this polarized environment. It does, however, give Mr. Obama the chance to espouse a broader philosophy of economic fairness. Republicans are also seizing on the political opportunities the Buffett rule presents, castigating the president for turning to "gimmicks" and "class warfare" to address serious problems like the deficit.

On Monday, the White House released an official report to illustrate the benefits of recalibrating the tax code. On Tuesday, Mr. Obama's re-election team blasted out a memo charging that Romney opposes the Buffett rule because "he thinks millionaires and billionaires should keep paying lower tax rates than middle-class families."

The charge gave the Obama team an opening to once again slam Romney for paying a tax rate close to around 14 percent and using tax loopholes to avoid disclosing the details of his financial holdings. They also attacked Romney for a Swiss bank account he failed to disclose at the start of his presidential campaign and for financial holdings sheltered from taxes in the Cayman Islands, among other things.

The Obama team memo even returned a verbal joust that Romney delivered last week. "Romney should stop playing hide and seek with his tax returns," the Obama campaign memo said, noting that Romney has only publicly released two years of tax returns, even though he gave John McCain's campaign 23 years of tax returns when he was vetted for vice president. The line also referenced remarks Romney made last week when he accused the president of playing "hide and seek" with foreign policy.

"The fact is, President Obama has no plan to fix the economy except to raise taxes on Americans with gimmicks like the Buffett tax," he said, pointing out that the revenue from the Buffett rule would have a minimal effect on federal revenue.

Priebus said the Buffett rule "isn't about millionaires and billionaires," but rather about small business owners who could be hit by the rule. "This is a tax that's going to hurt small businesses at a time we should be making it easier for people to do business," he said.

The GOP chairman added that Mr. Obama's trip -- which includes three fundraisers in addition to his policy speech -- shows "we have a president in the White House more interested in campaigning than leading."