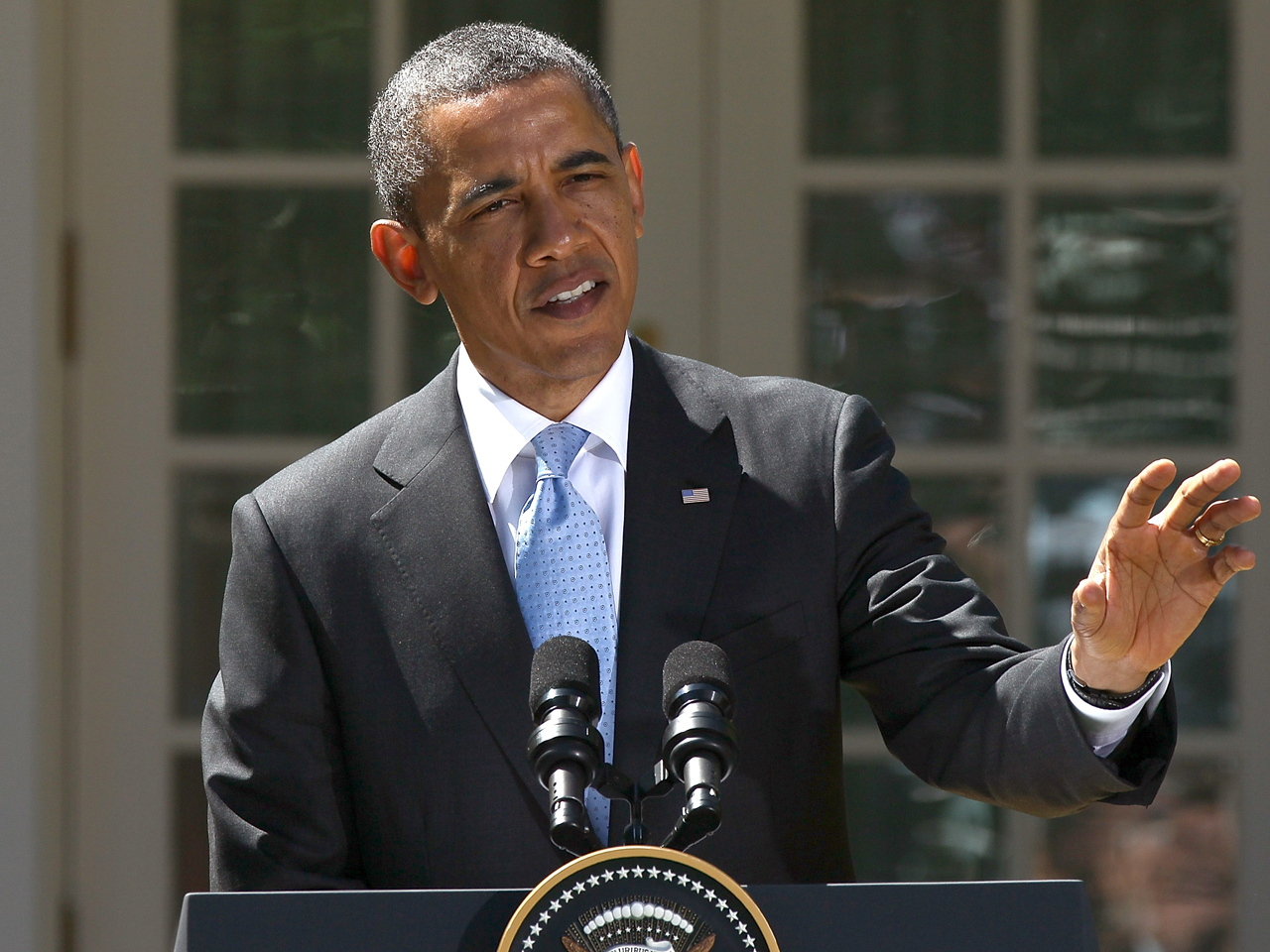 (CBS News) -- A new report today from the White House argues that making America's richest pay at least 30 percent tax rate, is more "a basic issue of tax fairness" than a way to generate lots of new revenue for a debt-ridden government.

On a campaign fund-raising trip today to Florida, President Obama will make the tax fairness argument as part of his latest pitch for the "Buffett Rule."

The proposal is due for a vote next week in the Senate, and Mr. Obama has made it a key element of his plan for deficit reduction.

The issue also lends itself to Mr. Obama's re-election campaign. If Republicans block passage of the Buffett Rule, he can try to portray them as defenders of an unfair tax policy benefiting the nation's rich.

Just yesterday, White House officials conceded the Buffett Rule would only produce $47 billion over ten years in additional tax revenue for the government. That amounts to just 0.6 percent of the $7 trillion in spending projected for that period.

"We think it's a meaningful amount of money," said Jason Furman, principal deputy director of the National Economic Council at the White House. But more important to the administration, it addresses "a basic principle of tax fairness."

In fact, that's the title of a White House report released today meant to provide political ammunition to back up the president on the issue of the Buffett Rule and tax fairness.

"The situation is the result of decades of the tax system being tilted in favor of high-income households at the expense of the middle class," asserts the White House report.

Among the arguments in the report:

* the average tax rate paid by the very highest-income Americans has fallen to nearly the lowest rate in over 50 years.

* many high-income Americans pay less in taxes than do middle class Americans. "This is fundamentally unfair," states the report.

The arguments likely sound familiar. Since his State of the Union, Mr. Obama has given 19 speeches in which he made his argument for the Buffett Rule. Ten of those speeches were campaign fundraisers.

The proposal is named for billionaire Warren Buffett, who said it was wrong that he paid a lower effective tax rate on his income, than did his secretary.

Many high-income earners pay a lower effective tax rate because their capital gains are taxed at a decidedly lower rate than earned income. And many rich people accumulate far more capital gains than in salary. Congress deliberately lowered the capital gains tax in order to encourage

America's wealthiest to invest in the economy and help create jobs. Now the White House portrays the rich as selfish and avoiding payment of their "fair share."

There's an Alternative Minimum Tax in place to make up the difference, but a White House official says the AMT has a number of loopholes and many millionaires are subject to it, but would be impacted by the Buffett Rule, if enacted.

It's scheduled in between a re-election fund-raiser earlier in Palm Beach Gardens and two others later in the day in Hollywood, Fl., and Golden Beach.

By scheduling a policy address during a fundraising trip, the president reduces the cost of his political travel to his campaign victory fund.