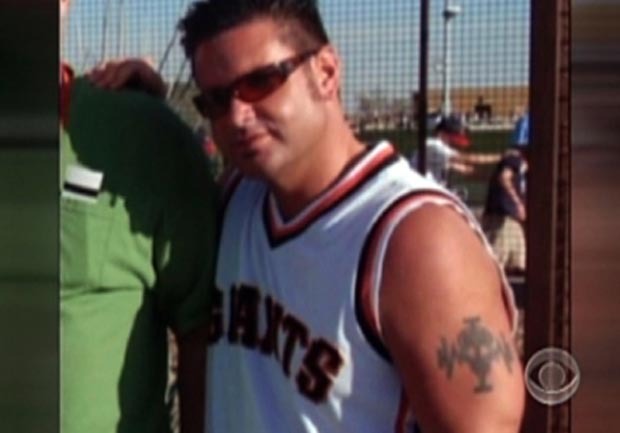 SAN FRANCISCO Bryan Stow, the San Francisco Giants fan brutally beaten at Dodger Stadium on opening day 2011, attended Game 2 of the World Series on Thursday night as a guest of the team.

Giants spokeswoman Staci Slaughter said Stow's family requested privacy. The team did not announce where Stow was watching the game against the Detroit Tigers at AT&T Park.

The Santa Cruz paramedic and father of two was back at the ballpark at last. After he was assaulted outside Dodger Stadium on March 31, 2011, he spent months at a Los Angeles hospital in a medically induced coma. Stow sustained serious brain injuries during the attack.

"We are truly thrilled to have Bryan with us tonight at the World Series," Giants CEO Larry Baer said. "It's been a long road back. We're very grateful he has progressed and could join us."

During the game, the scoreboard greeted Stow with the message "Welcome to Bryan Stow and his family." Fans cheered.

The Giants raised more than $70,000 for the Bryan Stow Fund in 2011 alone, with third base coach Tim Flannery also holding two benefit concerts last offseason — with more in the works for this winter in the Bay Area. In fact, Flannery said he still has another check to present to the Stow family.

Stow was beaten in a parking lot outside Dodger Stadium after the teams' March 31, 2011, season opener.

In a rare scene at the start of that series, a player from each team addressed fans before first pitch. Giants reliever Jeremy Affeldt and Dodgers second baseman Jamey Carroll came together for a joint message: This rivalry must stay on the field, without violence and hatred.

The teams gathered on the pitcher's mound to make clear there should be no further acts of violence in this long-standing rivalry. There were no major incidents during the series.

Stow, whose progress is posted by the family on www.support4bryanstow.com , has his sense of humor, his family said in the latest update Oct. 9. They said he cheated at the card game UNO.

"As always, there are good days and not so good days. Despite the extra bone growth he developed, he still is working hard in all his therapies," the update reads. "It is painful for him and he is adamant that his fingers are broken (they aren't) and one time insisted he had a broken foot. His memory is very unpredictable and we don't know what he will remember and what he won't. We imagine that this is something that will be a part of his recovery for a long time."