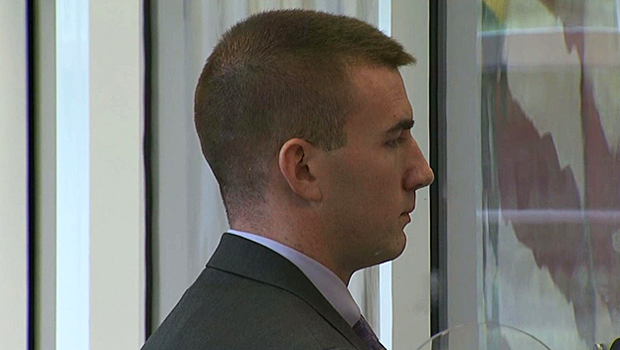 MILLIS, Mass. -- A former police officer of a Boston suburb indicted for fabricating a story about a shootout with a mystery gunman in September and calling in a fake bomb threat to the high school was found dead at his home on Thanksgiving.

Police said they were called to the home by another resident of the house who found Johnson unresponsive at around 3 a.m. They said no signs of foul play were found at the scene and the death is not being investigated as a homicide.

Authorities said an autopsy would be performed.

A grand jury had indicted Johnson on Nov. 19 on a charge of willful communication of a bomb threat to a school, making a false police report, malicious destruction of property and unlawful discharge of a firearm. He had pleaded not guilty in district court and was free on bail.

His Superior Court arraignment had not yet been scheduled, and the district attorney's office said that in light of his death, it no longer would pursue the case.

Johnson had said a man in a pickup fired at his cruiser on Sept. 2. He said he returned fire, crashed into a tree and his SUV caught fire. His claims prompted a search by dozens of officers, a shelter-in-place order for residents and a school lockdown.

An investigation determined his account was a hoax and that Johnson had used his own gun to shoot at his vehicle. He later told investigators he blacked out.

He had been promoted from dispatcher to part-time officer last year and was scheduled to start training as a full-time officer for the town of about 8,000 residents on the Charles River about 25 miles southwest of Boston.