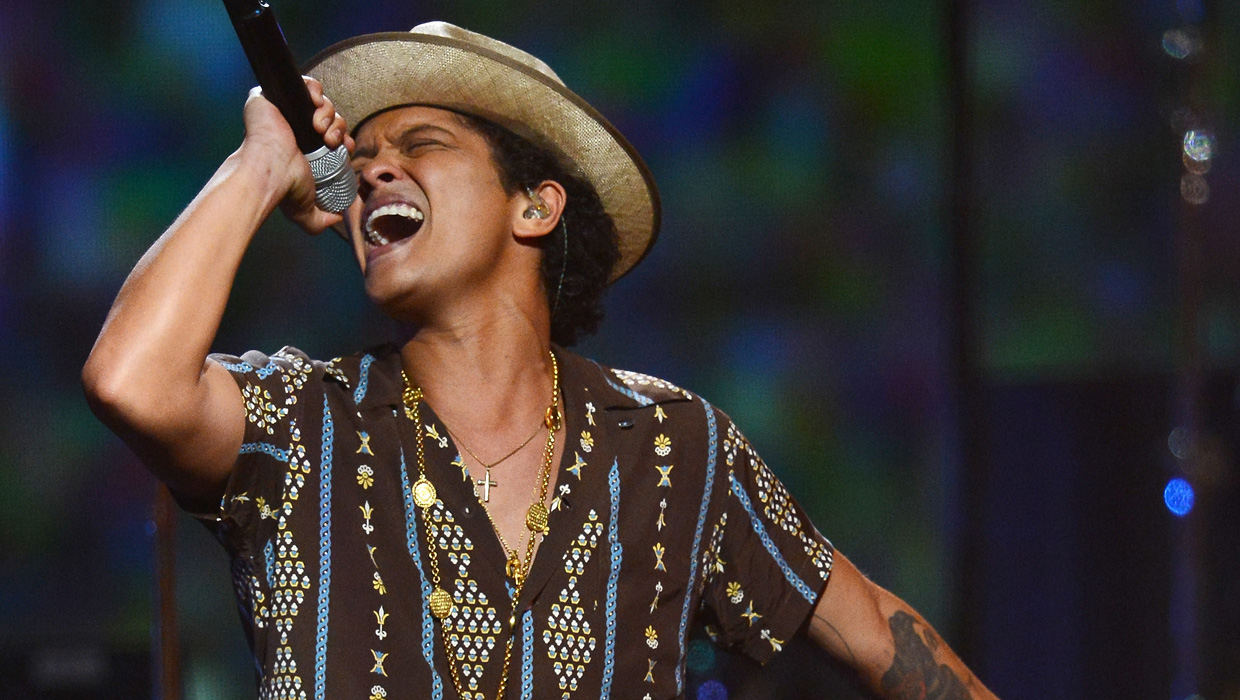 Bruno Mars has been named Billboard's top artist of 2013.

The singer's year included a No. 1 hit with "When I Was Your Man" and a top 5 hit with "Treasure." His sophomore album, "Unorthdox Juxebox," was released late last year and has sold more than 1.8 million units. It's the second best-selling album of the year behind Justin Timberlake's "The 20/20 Experience."

"It's flattering. It's just an honor," Mars said in an interview this week. "I'm proud to be a part of this whole team that I have."

He added that listeners have resonated with his music because it's "relatable."

"You know when you eat that food and it's filling that void you were missing," Mars said, describing his music.

Taylor Swift is the year's top female artist for Billboard, while Mars is the leading male. Macklemore & Ryan Lewis is the top group and new act.

Mars' impressive year also includes four Grammy nominations. His No. 1 hit, "Locked Out of Heaven," is up for two of the top awards, song and record of the year. He'll launch the second North American leg of his "Moonshine Jungle World Tour" this summer (dates have yet to be announced), and is set to perform at the 2014 Super Bowl halftime show.