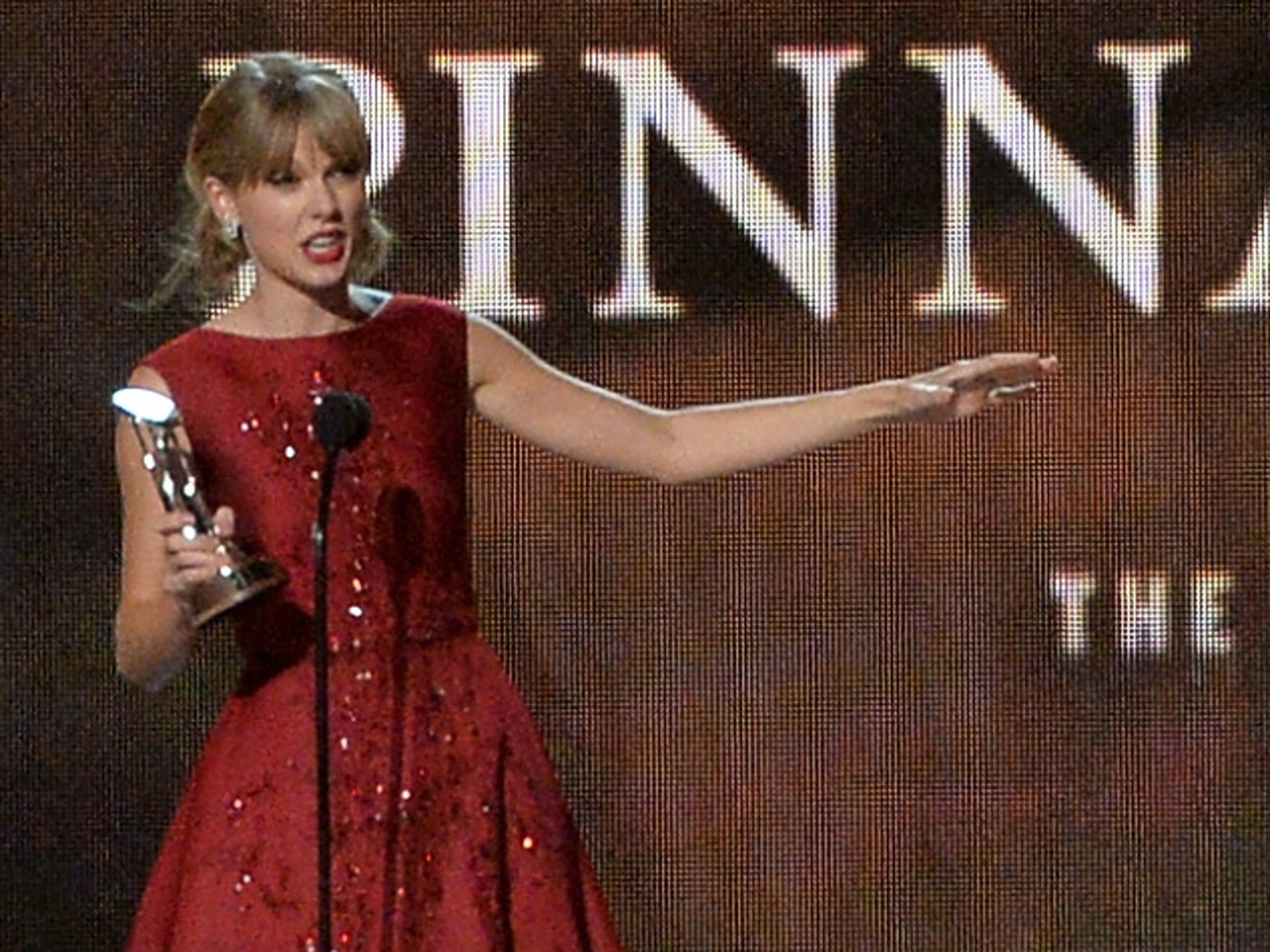 Taylor Swift was the subject of some star-studded praise Wednesday as she picked up the Pinnacle Award at the 47th annual Country Music Association Awards.

The award goes to artists who take country music to a worldwide audience. Garth Brooks is the only previous winner. He won in 2005.

A group of country music's elite came on stage to present the honor to Swift, including George Strait, Rascal Flatts, Tim McGraw and Faith Hill, Keith Urban and Brad Paisley -- all of whom gave Swift a chance to open for them on the road a teenager.

The 23-year-old Swift recounted a call she got out of the blue from her Big Machine Records head Scott Borchetta when she was 16.

"He said, 'Can you be on the road in two days to open for Rascal Flatts,' and I immediately started screaming and said, 'This must be a miracle,'" she said. "He said, 'No, it's not a miracle. Eric Church got fired for playing too long.'"

She added: "You've made me fell so special right now, thank you."

Earlier in the evening, she took the stage for a somber, acoustic performance of her hit "Red," accompanied by Vince Gill, Alison Krauss and Sam Bush.

Swift was up for six awards coming into the CMAs (tied with Kacey Musgraves for the most nominations), including the night's top honor, entertainer of the year.