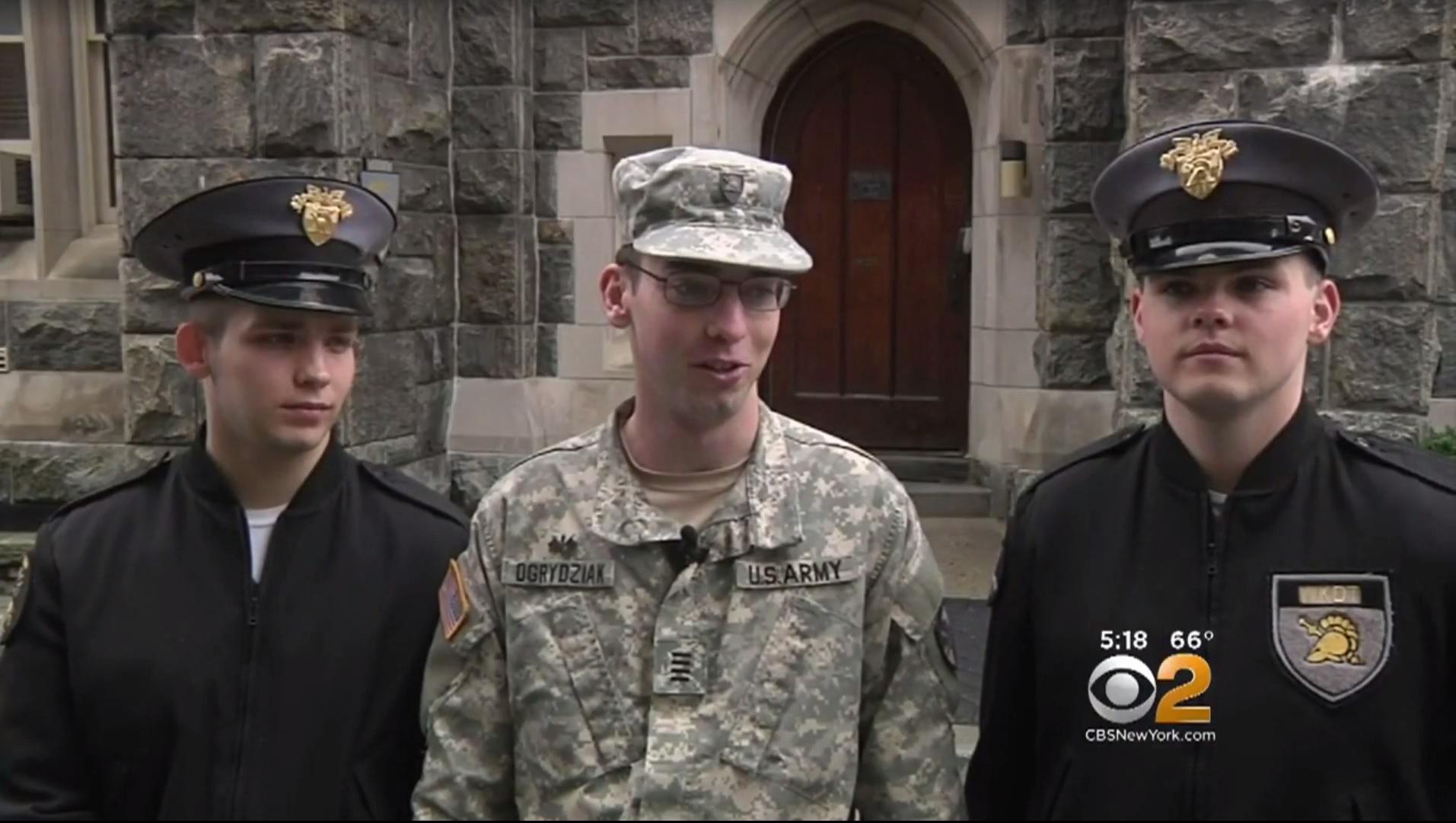 For the first time in decades, three brothers will be graduating from the U.S. Military Academy at the same time, CBS New York reports.

While they were in different regiments at the school, they always tried to make time for each other.

"Usually on the weekends we'll buy a pizza at Grant Hall over there and we'll watch a movie together. Just hang out," Cole said.

At their May 27 graduation ceremony, their father, a Coast Guard captain, will give his sons their oaths as they become second lieutenants.

She lost her father on 9/11. Now she helps other children overcome grief.
More
View CBS News In
CBS News App Open
Chrome Safari Continue
Be the first to know
Get browser notifications for breaking news, live events, and exclusive reporting.