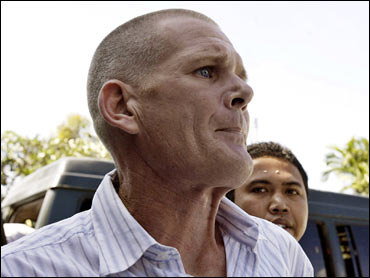 Ronnie Ramsay, 39, could face up to 10 years in prison if convicted, court officials say. He lives in Indonesia, where drug laws are tough and drug traffickers face capital punishment.

According to published reports, he was arrested carrying 100 milligrams of heroin in a supermarket parking lot in one of the area's resort communities .

The host of Fox's TV show "Hell's Kitchen," Scottish chef Gordon Ramsay is known for his temper and bellicose personality. He is one of only a few Michelin Star chefs in the U.K. and has written more than a dozen cookbooks.