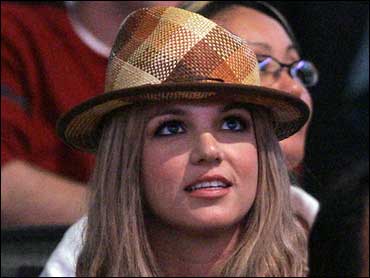 Lynne Spears says her daughter, Britney, whose public meltdown included shearing off her own locks, is "just figuring things out."

"It's sad that the whole world had to watch her make mistakes that all of us have made at one time or another," Spears is quoted as telling Us Weekly magazine in its latest issue.

The 25-year-old pop star completed a month-long stay at a luxury Malibu, Calif., rehabilitation treatment facility in March after attracting an onslaught of media attention for wild behavior that included partying with Paris Hilton and a stop at a San Fernando Valley hair salon, where she shaved her own head.

Britney Spears, who reached a divorce settlement with aspiring rapper Kevin Federline in March, recently posted a message on her Web site saying she had been acting like a "bad kid running around with ADD (attention deficit disorder)."

The singer filed for divorce from Federline in November, just two months after giving birth to the couple's second child, Jayden James. Their older son, Sean Preston, was born in September 2005.

"Britney Jean Spears is the sweetest and the most sensitive and loving of all my children," says Spears, the mother of three children with ex-husband Jamie Spears. "She's just figuring things out."