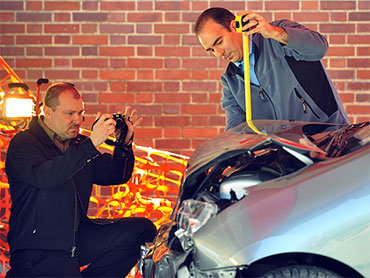 Were Britney Spears' weekend nuptials the real wedding, or is there another wedding ceremony in the offing? It depends on which magazine you read.

In a report on The Early Show Wednesday, Jess Cagle, People magazine senior editor, said the weekend ceremony, which was such a surprise not even the parents and bridesmaids knew they were going to a wedding, was the "real deal" and only some small paperwork was needed to make it legal.

"A lot was complicated because they moved up the date and next week, they're going to file all of the paperwork," he said.

So Spears and Kevin Federline are not legally married now? "Not yet," said Cagle, "although they have sort of followed everything by the book and that is the next bump in the story that you're going to see: The wedding was a fake. It's really not."

But Albert Lee, senior editor at Us Weekly magazine, insists the wedding to Kevin Federline was a fraud intended to throw the press off the track and another is planned.

"People (the magazine) are making it out like it's a small bump in the road and a small paper kind of mishap," Lee said Thursday on The Early Show. "It's not. Us Weekly obtained legal documents signed by Spears and Federline and their attorneys. It states the ceremony that happened on Sept. 18 is, was not, and will never be a real wedding."

Why would the couple fake a marriage?

"Britney Spears is the queen of stunts, as we all know," Lee said. "She makes Janet Jackson look like an amateur."

He also speculated that the Sept. 18 ceremony was a diversionary tactic and that it had been used to give People the exclusive wedding pictures it had paid Spears for.

"That's why she had it on her agreement and why she went ahead with the ceremony," Lee said. "If People were going to get those photos, she had to have a ceremony. So she gave them the ceremony, but here is the snag. They hadn't signed a pre-nup and that's big."

Lee said the agreement has since been signed and the marriage license can be filed now.

Kathy Treggs, the Los Angeles County recorder's office manager of public records, said the couple has 10 days from the date of the wedding to file the license. As far as she knows, Treggs said, the couple didn't take out a license from a Los Angeles County office but could have pulled one from any county recorder's office in the state or from any number of notary publics authorized to issue them.

Spears was able to keep the wedding a surprise, Cagle said, because "she kept her mouth shut." In fact, it was such a surprise that Federline's children, including his daughter who was supposed to be a flower girl, were at Disneyland and couldn't be there for the wedding.

"The mother, the sister, the father. They showed up at the house. It was not an engagement party that they had been invited to, but a wedding," Cagle said. People magazine will have exclusive photos of the wedding in its Friday issue.

Cagle described it as a classic affair with the bride wearing a tasteful, white $26,000 designer gown.

"All of the groomsmen and the bridesmaids had had their clothes fitted the week before so those clothes were secretly brought to the house," Cagle said. "They said, 'Surprise, we're getting married, here are your clothes. Get in them.'"

The sweatsuits that had been described and pictured in the media were worn at the party that followed the wedding, Cagle said. "Everyone had beautiful clothes during the ceremony. After the ceremony, Britney had put on something else and then before they all went out partying later after the reception, they all put on Juicy sweats."

Also untrue are reports of a cash bar at the reception. "I think after they all went out to a club, maybe some people paid for their drinks,"
Cagle said. "However, they did get a drink free at the house after the reception."

Spears reportedly was reluctant to require Federline to sign a prenuptial agreement as her advisers had recommended. "She has agreed on a pre-nup with Kevin and they have signed their marriage license," Cagle said.

Spears, who has spent some time with Federline's two children, already has said she wants to become a mother fairly soon. Cagle says she also is considering changing her name to Britney Federline.

Us Magazine reported that it has obtained a draft of the prenuptial agreement that states if the couple divorce, Spears will pay Federline $300,000 a year for a period of time equal to half the length of their marriage. She will have no financial obligation to his two children by a previous relationship, and any gift valued at $10,000 or more will require a legal document stating who will own it if the couple split.

Federline, described in the document as "presently possessed of property of moderate value," can make no claim to any of Spears' companies but bears no responsibility if any of them lose money.

Spears is worth at least $32 million, according to the document.

"And her manager," said Us Weekly's Lee, "just called her up and said, 'Congratulations, Britney, you just gave away half your money.'"