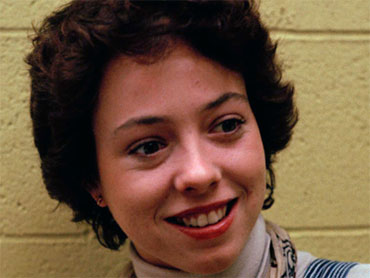 For decades now, the message has come down from the great and the good, that smoking is bad for you. Apart from the personal tragedy of disease and death, smoking is a curse on our public health system, killing thousands of people every month, hospitalising many more and costing the British taxpayer more than two and a half billion dollars a year.

And the message seems to have been getting through…. to everyone except the young. Statistics here in Britain tell us that it's the young and young girls in particular who smoke, and it's those statistics that have set the alarm bells ringing. Once addicted, these young girls who believe that smoking is cool will be hooked for the rest of their lives, however long that may be, and they are destined to become the next generation of customers for expensive public health care.

But it's not just smoking that's worried the medical authorities; it's this thorny business of passive smoking, of filling your lungs with someone else's tobacco. An estimated 1,000 people a year here die from inhaling second hand smoke.

So the anti smoking lobby is sharpening its claws once again. The British Medical Association has come out strongly in favour of taxing tobacco products so heavily that young people simply can't afford to buy. The distinguished medical journal, The Lancet, has gone one step further and called for a total ban on tobacco.

And before you raise your eyebrows at that idea, the Lancet makes the point that, were tobacco to be a newcomer to the market this year, it wouldn't stand a cat's chance of getting a license.

In New York, the possession of an ash tray in a place where smoking is prohibited can get a summons slapped on you. Mind you, we Brits find it puzzling that the guy prohibited from owning an ash tray can keep a gun in his desk without the police raising an eyebrow.

The French solved the tobacco issue a few years ago, by banning smoking in restaurants and bars... and then ignoring the ban. Here in the UK, the growing pressure could force our Government to act more quickly than it might wish to.

So expect the price of tobacco products to go up in the next six months and maybe, if you decide on a holiday here in a few years, the dog at the airport won't only be sniffing for explosives... it'll also be checking you out for a hint of Marlboro.