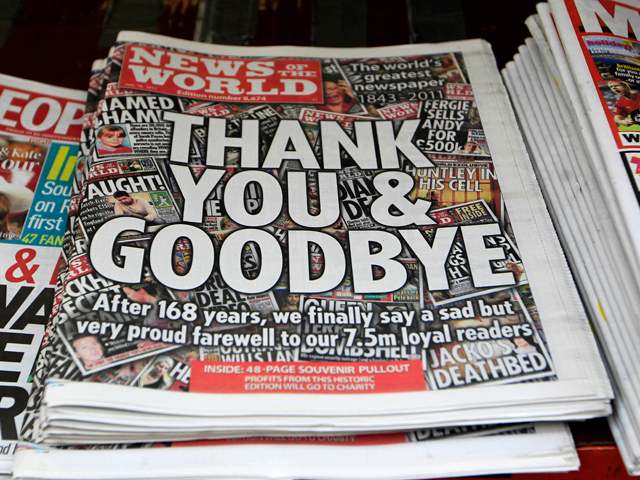 Police said Friday that the 47-year-old woman was arrested on suspicion of attempting to pervert the course of justice and later released on police bail to return for more questioning later this month.

Officers said the woman was detained at her home and taken to a police station in Essex, east of London, but did not confirm her name.

A person briefed on the arrest, who demanded anonymity to discuss details of the sensitive police investigation, said the woman was Cheryl Carter, the longtime personal assistant of Brooks — also an ex-News International chief executive — and other senior staff.

The person said Carter's arrest was linked to the recovery of incriminating company emails from a data center in India last year. The content of tens of thousands of archived News International emails are being examined by investigators.

Detectives have so far arrested 23 people as part of new investigations into alleged phone hacking, computer hacking and police bribery at the Murdoch-owned News of the World and other British tabloids. No one has been charged with any offense.

Murdoch shut down the News of the World in July after evidence emerged that its employees had routinely eavesdropped on the cell phone voice mail messages of celebrities, sports figures, politicians and even crime victims.

The scandal has spawned a huge police investigation and a public inquiry into media ethics and seen top police officers, media executives and Prime Minister David Cameron's spokesman — an ex-News of The World editor — all resign their posts.