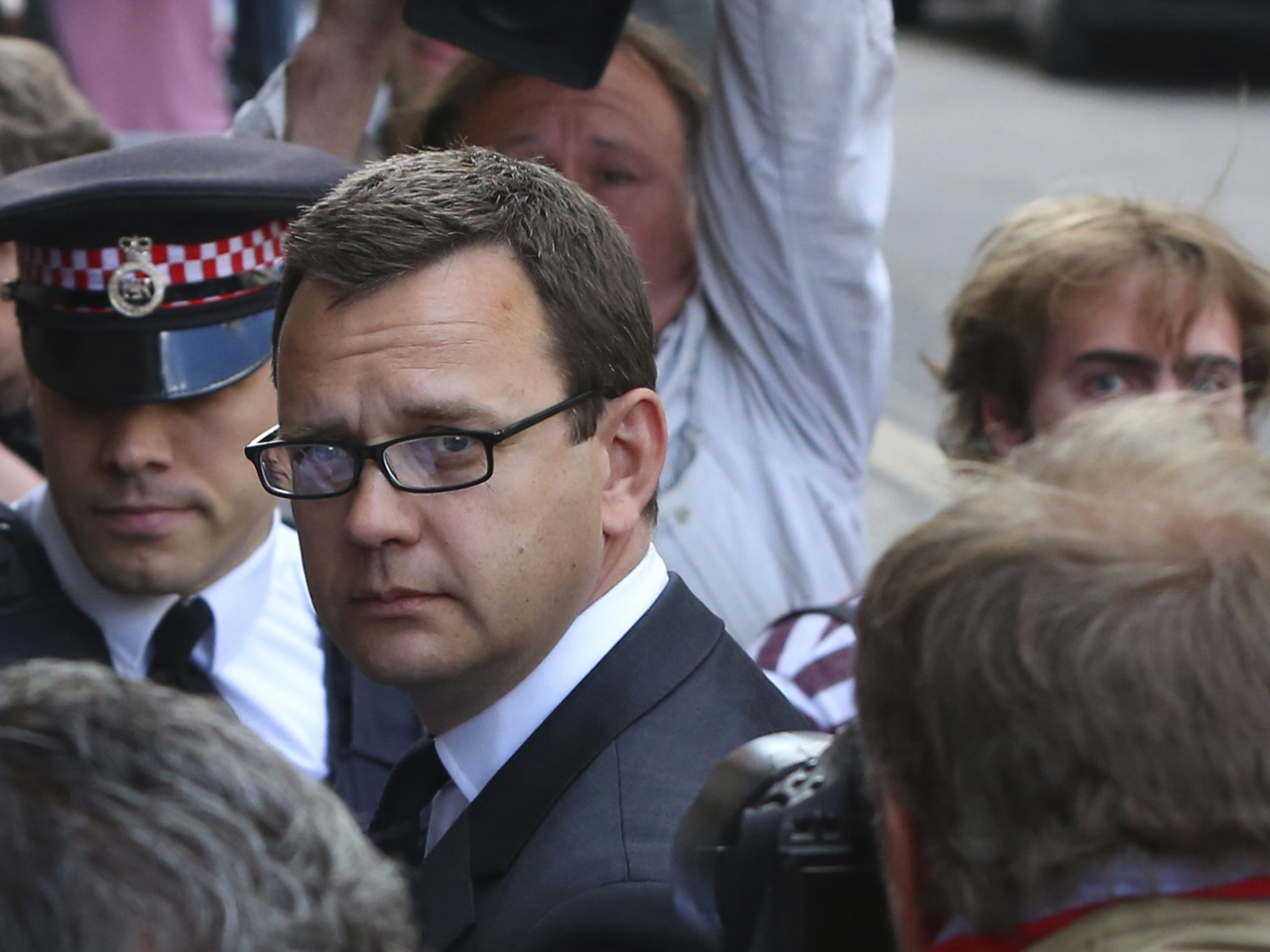 LONDON -- Andy Coulson went from the editor's office at Britain's best-selling newspaper to the corridors of 10 Downing St. as Prime Minister David Cameron's communications chief. On Friday, he went to prison for conspiring to hack phones.

Coulson was sentenced to 18 months by a judge who told him his considerable accomplishments "now count for nothing."

Coulson was convicted last week after an eight-month trial triggered by a tabloid-wrongdoing scandal that led Rupert Murdoch to shut down the News of the World in 2011. Another former editor, Rebekah Brooks, and four others were acquitted.

Judge John Saunders said that over several years Coulson and several senior News of the World journalists listened illegally to the voicemails of celebrities, royals, politicians and crime victims in a bid to beat the competition.

Saunders said 46-year-old Coulson "has to take the major share of the blame" for the hacking that took place while he was editor between 2003 and 2007.

"He knew about it. He encouraged it when he should have stopped it," the judge said.

The defendants have said they did not know phone hacking was illegal when they used the technique to get scoops. But the judge said they knew it was "morally wrong."

Saunders highlighted the now-infamous targeting of Milly Dowler, a 13-year-old girl who was kidnapped and murdered in 2002. The News of the World listened to a voicemail left on the missing girl's phone, and staff delayed telling police so they could try to get a huge scoop by finding her.

"That was unforgivable," the judge said.

The hacking revelations outraged many Britons, and triggered police inquiries that led to the arrest of scores of journalists, police officers and other officials.

This was the first major trial to stem from the scandal, and Saunders acknowledged that "there will be those who will be outraged" that the sentences were so short - as well as those who saw the trial as an attack on press freedom.

He said the legal maximum for phone hacking was two years in prison, regardless of the number of victims.

Saunders said he was reducing Coulson's sentence from the maximum to reflect his "good character" and because it had taken years for the case to come to trial.

All received shorter sentences because they had pleaded guilty.

Saunders said they and Coulson had all been "distinguished journalists" who had achieved a great deal.

"Those achievements will now count for nothing," he said.

The judge said Mulcaire had carried out so much eavesdropping for the newspaper that he said he "couldn't cope with being given any more targets to hack." But Mulcaire has already been sent to prison once for hacking, in 2007, and pleaded guilty this time.

"Mr. Mulcaire, you are truly the lucky one," the judge said.

The hacking scandal exposed a web of cozy ties between senior British journalists, politicians and police. It sparked criticism of Cameron, who hired Coulson after Muclaire's 2007 conviction.

Cameron, who has apologized for bad judgment in hiring Coulson, said the sentence showed that "no one is above the law."