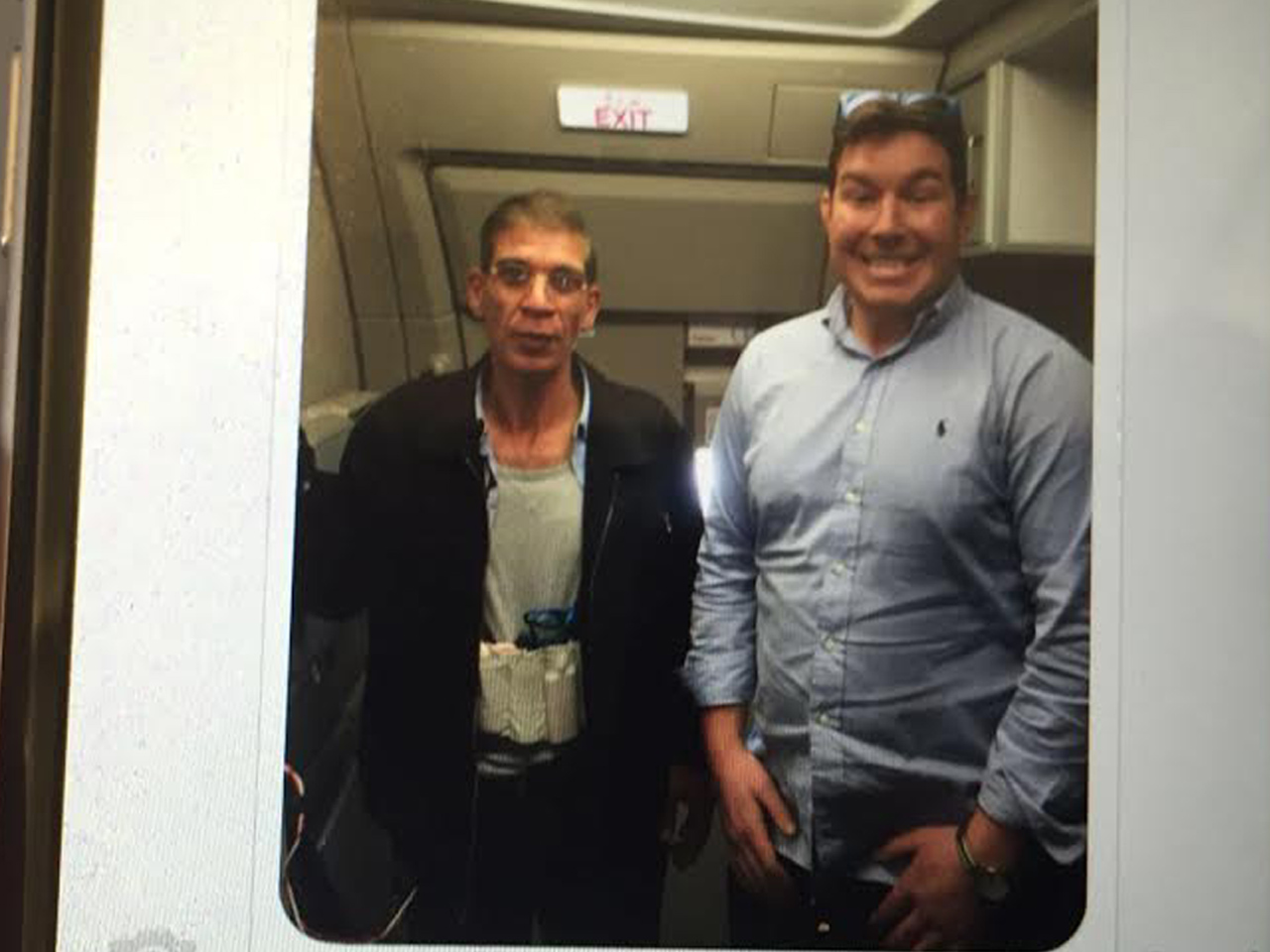 LONDON -- A British man who was pictured with a man who hijacked an EgyptAir plane says he's not sure why he posed for the bizarre photo.

Ben Innes, a health and safety auditor who lives in Scotland, told The Sun newspaper he wanted to take "the selfie of a lifetime" while the hijack was unfolding at a Cyprus airport.

Speaking separately to The Guardian, Innes said he wanted "a closer look" at the purported suicide vest.

"I'm not sure why I did it, I just threw caution to the wind while trying to stay cheerful in the face of adversity. I figured if his bomb was real I'd nothing to lose anyway, so took a chance to get a closer look at it," he told The Guardian.

"I got one of the cabin crew to translate for me and asked him if I could do a selfie with him. He just shrugged OK, so I stood by him and smiled for the camera while a stewardess did the snap. It has to be the best selfie ever."

The photo of Innes standing next to the hijacker with what looked like an exposed suicide vest went viral on social media within hours. The vest turned out to be fake and all the plane's passengers and crew were released unharmed Tuesday. The hijacker has been arrested.

Innes, a 26-year-old originally from Yorkshire, told The Sun in a story published Wednesday that he had been texting his mother throughout the ordeal.