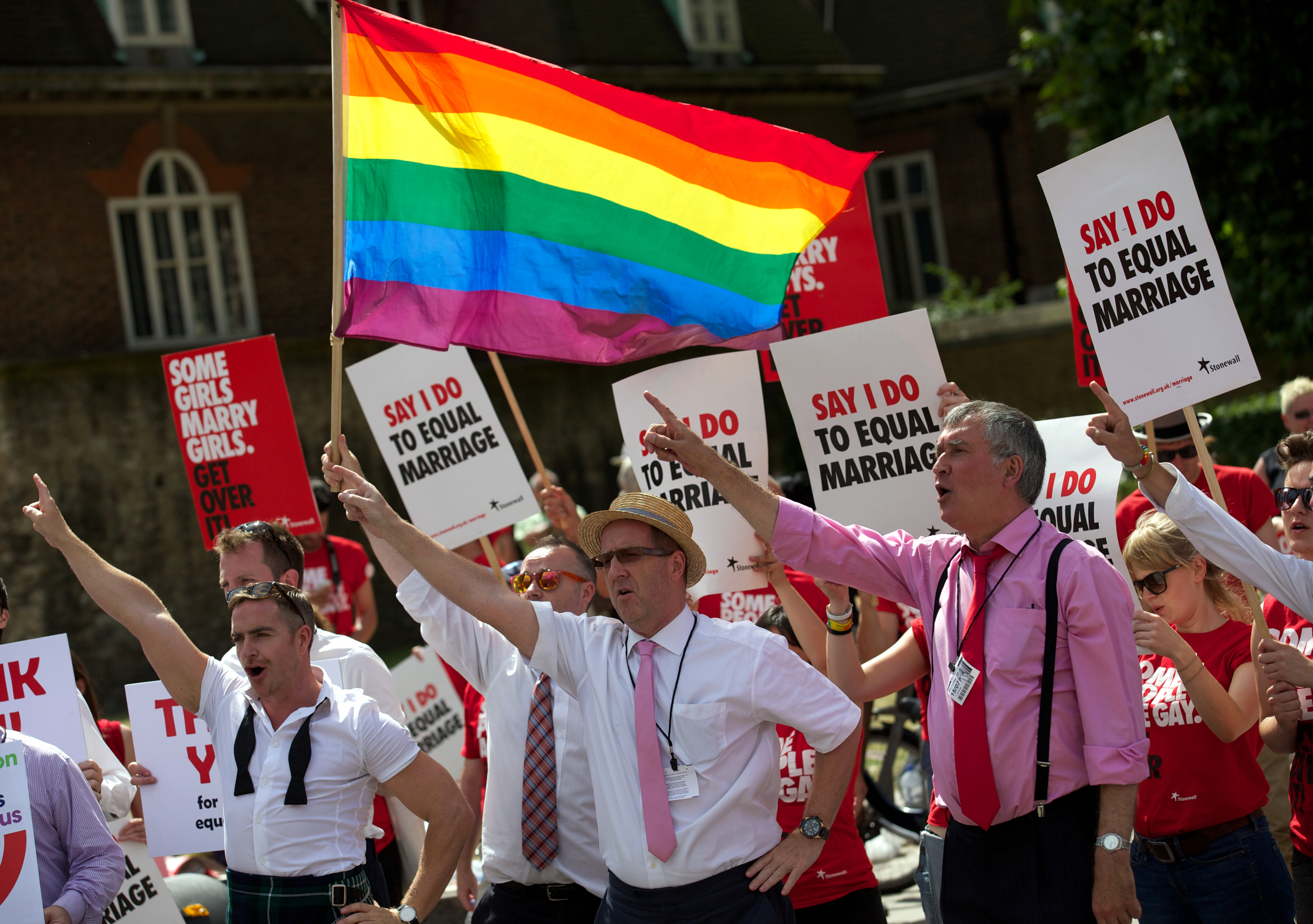 LONDON Britain's same-sex marriage bill has cleared its last major hurdle, passing through the House of Lords and prompting celebrations from campaigners outside Parliament.

Supporters of the bill in Parliament's upper house wore pink carnations Monday as the Lords agreed to send it back to the House of Commons, where lawmakers will review government amendments before it becomes law.

That is expected to go without a hitch, as the House of Commons earlier passed the bill 390 to 148.

The bill will enable gay couples to get married in both civil and religious ceremonies in England and Wales, though the Church of England, which is divided on the issue, is barred from offering same-sex ceremonies.