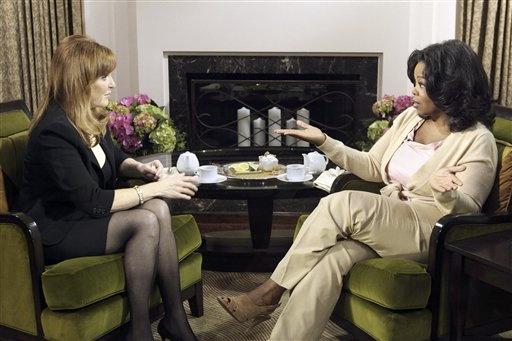 Britain could start scaling back its troop presence in Iraq over the next 12 months, Defense Secretary John Reid said Sunday.

In an interview with an American television network, Reid said neither Britain nor the United States had "imperialist ambitions" in Iraq and wanted the country's own forces to take over responsibility for security.

Reid made the remarks when asked to comment on a leaked British government memorandum that states Britain is considering cutting its troop presence from the current 8,500 to 3,000 by the middle of 2006.

The memo, first published in a British newspaper last week and signed by Reid, also says there is a "strong U.S. military desire for significant force reductions."

"If we had an open ended presence there, and were never envisaging that the Iraqis could take control of their own country, we would be rightly criticized for long term imperialist ambitions. We have none," Reid told CNN's "Late Edition" program.

Sen. Joseph Biden, D-Del., was asked whether it was feasible that troops could be brought home beginning next year.

"It's possible. It's unlikely. It depends on how rapidly we train up the Iraqi forces," he told the same program. "(Reid) uses the figure 170,000 trained. There's 170,000 in uniform, about less than one-fifth of that trained. But they're making progress. It is possible but I don't think likely."

The date for the trial of Saddam and three others will be determined in a few days. If convicted, they could face the death penalty.

Raid Juhi, chief judge of the Iraq Special Tribunal, said the preliminary investigation into the July 8, 1982, massacre in Dujail, 50 miles north of Baghdad, has been completed, and the case was referred to the courts for trial.

The announcement of the charges against Saddam roughly corresponds to an indictment in the U.S. legal system, legal officials said. However, Saddam and the others will be considered "charged" when they appear in court.

The court now has 45 days to announce a start date for the trial.

Saddam's co-defendants in the case are Barazan Ibrahim, intelligence chief at the time and Saddam's half brother; former Vice President Taha Yassin Ramadan; and Awad Hamed al-Bandar, at the time a Baath party official in Dujail.

Iraqi officials previously have announced the imminent start of Saddam's trial before, only to have the proceedings delayed. The Americans privately have urged caution about rushing into a trial, saying Iraq must develop a judicial system first.

U.S. officials say there also are concerns that a trial could interfere with the process of writing a constitution and inflame sectarian tension. The Iraqi government must finish a draft by mid-August so it can hold a referendum on the charter ahead of December elections for a full-term government.

Relatives in Musayyib struggled Sunday to identify dozens of charred bodies from the fiery suicide attack that killed more than 90 people in front of a Shiite mosque.

A man detonated explosives strapped to his body late Saturday in the center of the religiously mixed town about 40 miles south of Baghdad, police said, triggering a huge explosion near a Shiite mosque as worshippers were heading to sunset prayers. The street was bustling with families enjoying a stroll in the cool of the evening.

It appeared the bombing was directed at Shiite worshippers in the latest attack aimed at triggering sectarian war between Sunnis and Shiites. At least 156 people were injured in the blast, police said.

Mortar shells fell near the city's police station and hospital about five minutes after the blast, according to police Capt. Muthanna Khaled Ali.

Near the bombing site dazed survivors wept as they lifted blankets covering blackened bodies. One weeping man struck himself in the head as a sign of grief. Another sifted through debris near the molten remnants of a car. A woman shrouded in black screamed as she walked by the bombing site.

Later, several men carried wooden coffins on their shoulders, leaving the scene where nearly all building fronts had been damaged.

One charred shoe was left in the street, near a pool of dried blood mixed with ashes on the pavement. A blackened bicycle also lay abandoned close to a truck hitched to a fuel tanker that may have fed the blaze.