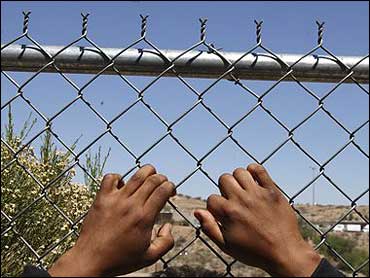 PHOENIX - A bill signed into law by Gov. Jan Brewer authorizes erection of a security fence along Arizona's portion of the U.S.-Mexico border, either in a compact with other states or by itself.

Spokesman Matt Benson declined immediate comment Friday on why Brewer signed the bill Thursday and on whether she plans to invoke the authority.

The bill does not specify a cost or make an appropriation but says the state would use donations, inmate labor and private contractors.

Brewer recently asked President Barack Obama to extend the deployment of National Guard troops along the border and for more substantial border fences to block smugglers.

Arizona is a major gateway for illegal immigrant entries and marijuana smuggling.