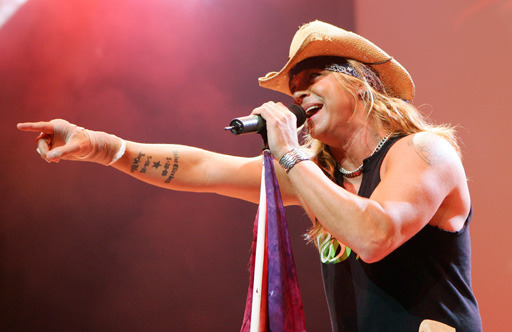 (CBS) The man who gave us the "Unskinny Bop" - Bret Michaels - has moved onto Kidz Bop.

The Poison frontman and reality TV staple will contribute a version of "Every Rose Has Its Thorn," a Poison power ballad and #1 hit, to "Kidz Bop Sings Monster Ballads."

Michaels will be joined on the song by his daughters Raine and Jorja. And if listeners have any luck, the guitar solo on the remake will not be as hilariously inept as on the original.

"Kidz Bop Sings Monster Ballads" is scheduled for release on May 17.