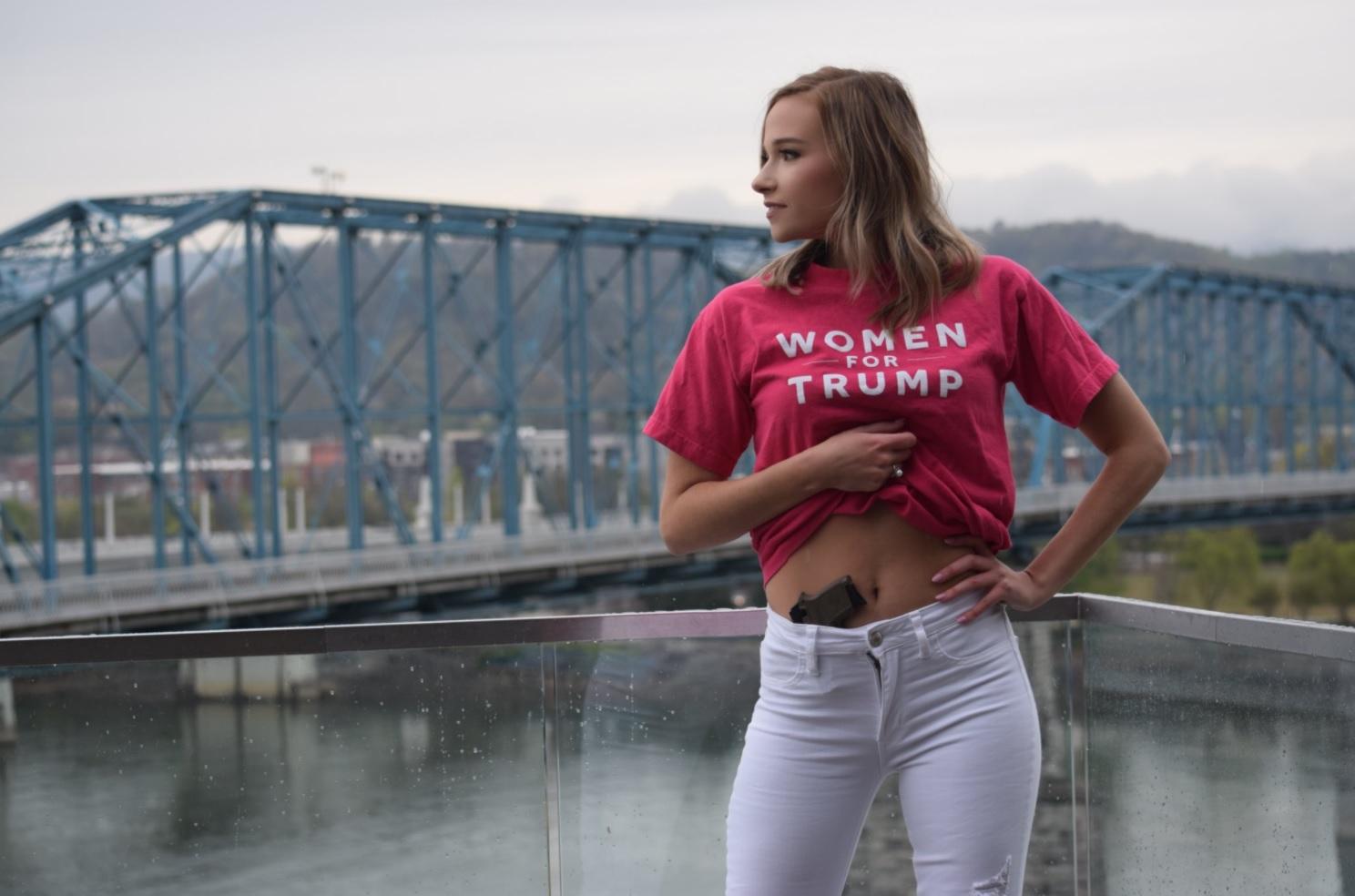 A University of Tennessee Chattanooga senior's graduation photo has generated controversy on social media. In the photo, Brenna Spencer is seen wearing a bright pink "Women for Trump" T-shirt with white jeans. A black handgun is tucked into her waistband.

Some of her followers praised the photo.

Others condemned the photo and the message.

According to CBS News affiliate WTVR-TV, the photo was reportedly taken outside of the Hunter Museum of American Art in Chattanooga, which bans firearms inside.