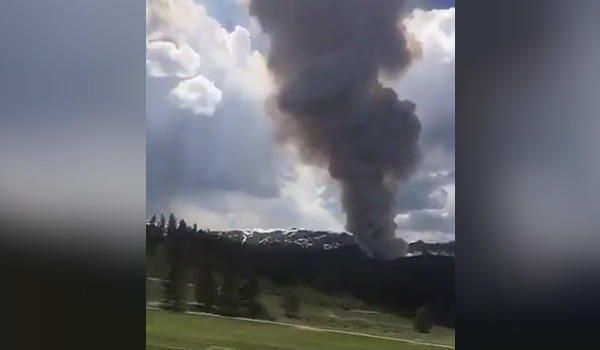 BRECKENRIDGE, Colo. -- The entire town of Breckenridge was under pre-evacuation notice as a fire continued to grow on Wednesday, CBS Denver reports.

Fire crews have ordered air attack resources to fight the rapidly-growing fire. It was estimated at 60-70 acres at 3 p.m. local time.

The fire was discovered by hikers in the Gold Hill area north of Breckenridge in Summit County.

Mandatory evacuation notices have gone out to Peak 7 residents. That includes at least 463 residences, officials say.

Smoke jumping teams were en route to the fire.

The fire is burning in an area with mostly beetle kill trees. The cause of the fire is being investigated.