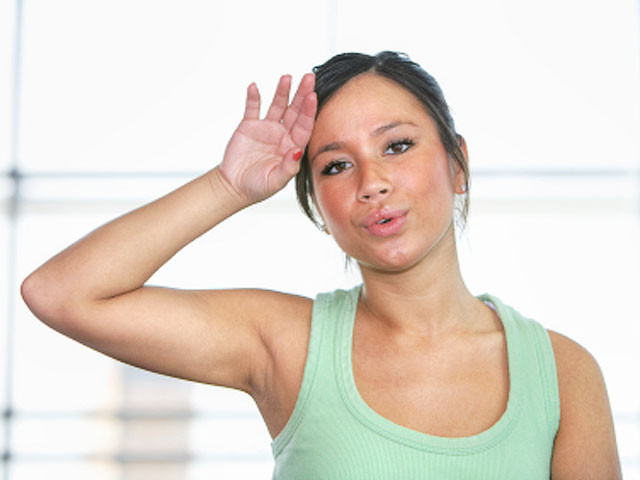 (CBS News) Women may significantly reduce their risk for breast cancer by exercising a couple hours each day, a new study finds. The study found that even mild physical activity like walking reduced risk for the disease that strikes 227,000 new women each year.

Breast cancer risk reduced if women make lifestyle changes: Report
Exercise called "wonder drug" for cancer patients: What can it do?
10 ways to tumor-proof your breasts

For the study, researchers at the University of North Carolina at Chapel Hill compared 1,500 women with breast cancer to more than 1,550 women without breast cancer who were part of the ongoing "Long Island Breast Cancer Study Project" that looked at environmental causes of the disease.

The researchers found that women who exercised during their reproductive years or following menopause reduced their risk of developing breast cancer. The greatest risk reduction was found in women who exercised 10 to 19 hours per week (or two hours each day for five days), but a woman's risk was reduced for all levels of exercise intensity, even light. Exercise appeared to reduce the risk of hormone receptor positive breast cancers, which are the most commonly diagnosed tumors among U.S. women.

"The observation of a reduced risk of breast cancer for women who engaged in exercise after menopause is particularly encouraging given the late age of onset for breast cancer," study author Lauren McCullough, a doctoral candidate at UNC's Gillings School of Public Health, said in a news release. The results were published in the June 25 issue of the American Cancer Society's journal, Cancer.

Women who gained significant amounts of weight however, particularly after menopause, were more likely to develop breast cancer, the study found, suggesting weight gain eliminated the beneficial effects from exercising. Women who were obese or overweight when the study started who exercised had a lower breast cancer risk than those who didn't engage in physical activity.

"We are excited by that, because it tells women that even if they are overweight or obese, they can still engage in physical activity and while they won't lower their risk of breast cancer [below average], they will not be increasing their risk of the disease," McCullough told Time.

A report from the Institute of Medicine last December recommended women should focus on their weight, physical activity, and other lifestyle factors to protect against breast cancer,  rather than worrying about environmental chemical risks like cell phones and BPA - which are more likely to make headlines,HealthPopreported. According to that report, fat cells make estrogen, which fuels tumor growth.

Dr. Stephanie Bernik, chief of surgical oncology at Lenox Hill Hospital in New York City, told HealthDay, "There is more and more evidence that one of the things women can do to reduce the risk of breast and other cancers is to modify their lifestyle."