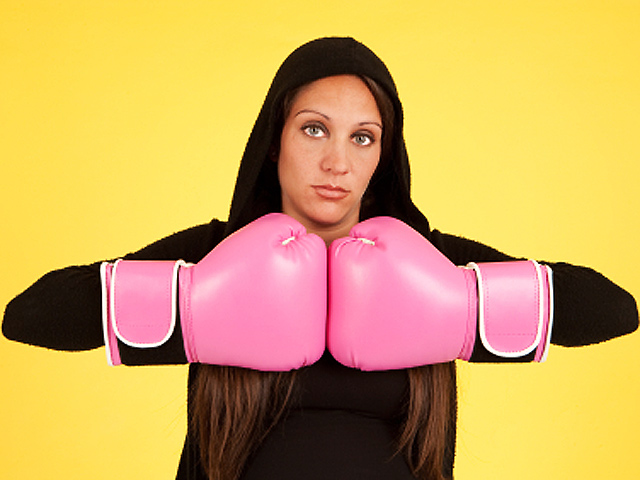 (CBS/AP) Can women control their own fates when it comes to breast cancer? A report released Wednesday by the Institute of Medicine says many women can significantly reduce their risk for the disease by making a handful of lifestyle changes.

Some women are more concerned that everyday activities such as cell phone use and exposure to chemicals found in plastics or hair dyes can cause breast cancer. The Institute's new report says not to worry about those common fears. What they should really worry about, it said, is their weight, how much they exercise, and whether they smoke, drink, take hormones or get too much radiation from medical tests.

"These preventive steps focus on the environmental risk factors for which there is consistent scientific evidence of an association with breast cancer," the Institute said in a written statement.

The Institute laments that most chemicals in consumer products get little safety testing, but its' researchers found too few studies to say whether there is a definitive link between breast cancer risk and certain pesticides, cosmetics, or the bisphenol A (BPA) compound used in many plastics and canned food liners.

"We don't have enough data to say `toss your water bottles,'" said Dr. Irva Hertz-Picciotto, chief of environmental and occupational health at the University of California, Davis, who headed the Institute's panel.

The report was paid for by the breast cancer foundation Susan G. Komen for the Cure, and was presented Wednesday at a cancer conference in Texas.

Breast cancer death rates in the U.S. fell 31 percent from 1990 to 2007, but the number of breast cancer cases declined only about 5 percent.

Weight and obesity matter because fat cells make estrogen, which fuels the growth of most breast cancers, Thun said. The rest of the risk factors may not be as cut and dry.

Here is the Institute's breakdown of the evidence it found for breast cancer risk, and which ones women really need to worry about.

"There's a tremendous desire to blame someone or something" for breast cancer, said Dr. Eric Winer, a cancer specialist at Dana-Farber Cancer Institute in Boston and chief scientific adviser to the Komen foundation."There's a real danger in prematurely concluding that a substance is the culprit and then closing your eyes and not paying attention to what might be a much more concerning factor."

"It is in stark contrast to the President's Cancer Panel report last year that has a strong call to action on chemical policy reform," she wrote in an email.

About 230,000 cases of breast cancer are expected to be diagnosed this year in the U.S. Less than 10 percent of cases are due to inherited genes.

WebMD has more on breast cancer.