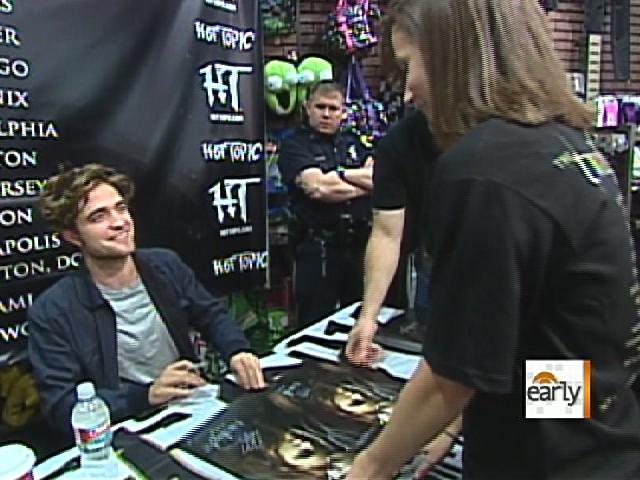 It's one of the most anticipated movies of the year -- "The Twilight Saga: Breaking Dawn - Part 1" -- actually the fourth film in the hugely popular "Twilight" saga. It premieres in Los Angeles Monday night, and fans have been lining up for a chance to watch the red carpet arrivals.

And it's already smashing records, selling out online for thousands of screenings, though it doesn't open until Friday.

Robert Pattinson, Kristen Stewart and Taylor Lautner star in the big screen love triangle that's made quite an impact at the box office.

Paul Dergarabedian, of Hollywood.com, told CBS News, "There've only been three films from the series released, and they've made about $2 billion worldwide. That's huge."

The vampire romance owes its success to teen girls and their moms who first bonded over the books, and then the movies.

One fan told CBS News, "What's different is this is female-based; if these were guys who were really into a sci-fi movie or an action movie, people wouldn't be so interested."

And girl power, Blackstone said, can be very persuasive. Several of the men seen waiting for the premiere said they had been dragged along. One man said with his tongue firmly in-cheek, "I'm the twi-husband," referring to the "twi" prefix attached to people who are crazed about the series.

To keep fans fired up, actors from the film signed autographs, author Stephenie Meyer has handed out books, and musicians have played songs from "Breaking Dawn's" soundtrack.

Dergarabedian noted that "Twilight Breaking Dawn" marks the start of the 2011 holiday movie season, which he says is going to be "really big" this year.