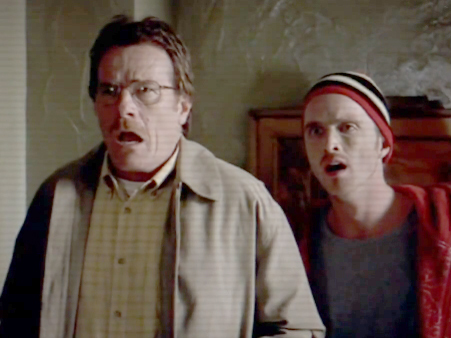 (CBS News) BJ Schwartz of Citizen Schwartz has created "The Dukes of Heisenberg," an alternate intro to "Breaking Bad" that adds a 1980s "The Dukes of Hazzard" flair to the hit show. The result is pretty darn funny, adding in a bit of cheese and comedy to the dark AMC series. Check out the entertaining video above to see a whole new way of looking at "good ol' boys" Aaron Paul and Bryan Cranston and the rest of the brilliant cast.

It's pretty funny to see this lighter spin on the decidedly dark and deadly show. On their YouTube page, Citizen Schwartz writes:

In an alternate universe, AMC was a network circa 1980 and "Breaking Bad" was its primetime hit. This video is the long lost opening credit sequence to season 2 including a 1979-1980 commercial "Bumper" from AMC ("here story matters") and a credit for cast member Betsy Brandt who went mysteriously uncredited in season 1.