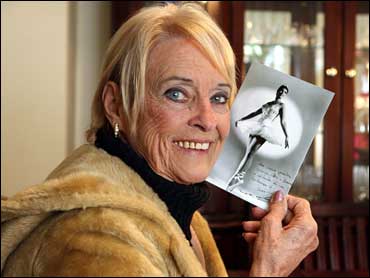 A former model and ballerina is making headlines across Brazil after being identified as John McCain's lover 51 years ago.

Maria Gracinda Teixeira, 77, says she is the woman the Republican presidential candidate fondly described - though never named - in his 1999 book "Faith of My Fathers."

In the book, McCain said he met a "Brazilian fashion model" as a young Navy sailor in Rio de Janeiro when the destroyer USS Hunt docked in the city for a week in 1957. McCain was stationed on the ship.

She declined requests for an interview Monday, but told Brazilian media last week that the young McCain was a romantic and a "good kisser."

"We met because I used to have lunch near the docks," Teixeira told the newspaper Extra. "He is so cute. But I never imagined he would write about me, that was a surprise."

Gelson Guimaraes, a neighbor of Teixeira's for the past 20 years, said she "always said she had important lovers, but never said anything about McCain."

In his book, McCain wrote about his rambunctious time in Rio, saying he and his fellow sailors "indulged in the vices sailors are famous for."

McCain wrote that he returned to Rio after the short stay and saw her again, but that the romance didn't blossom for long because of "youthful impatience and short attention spans."