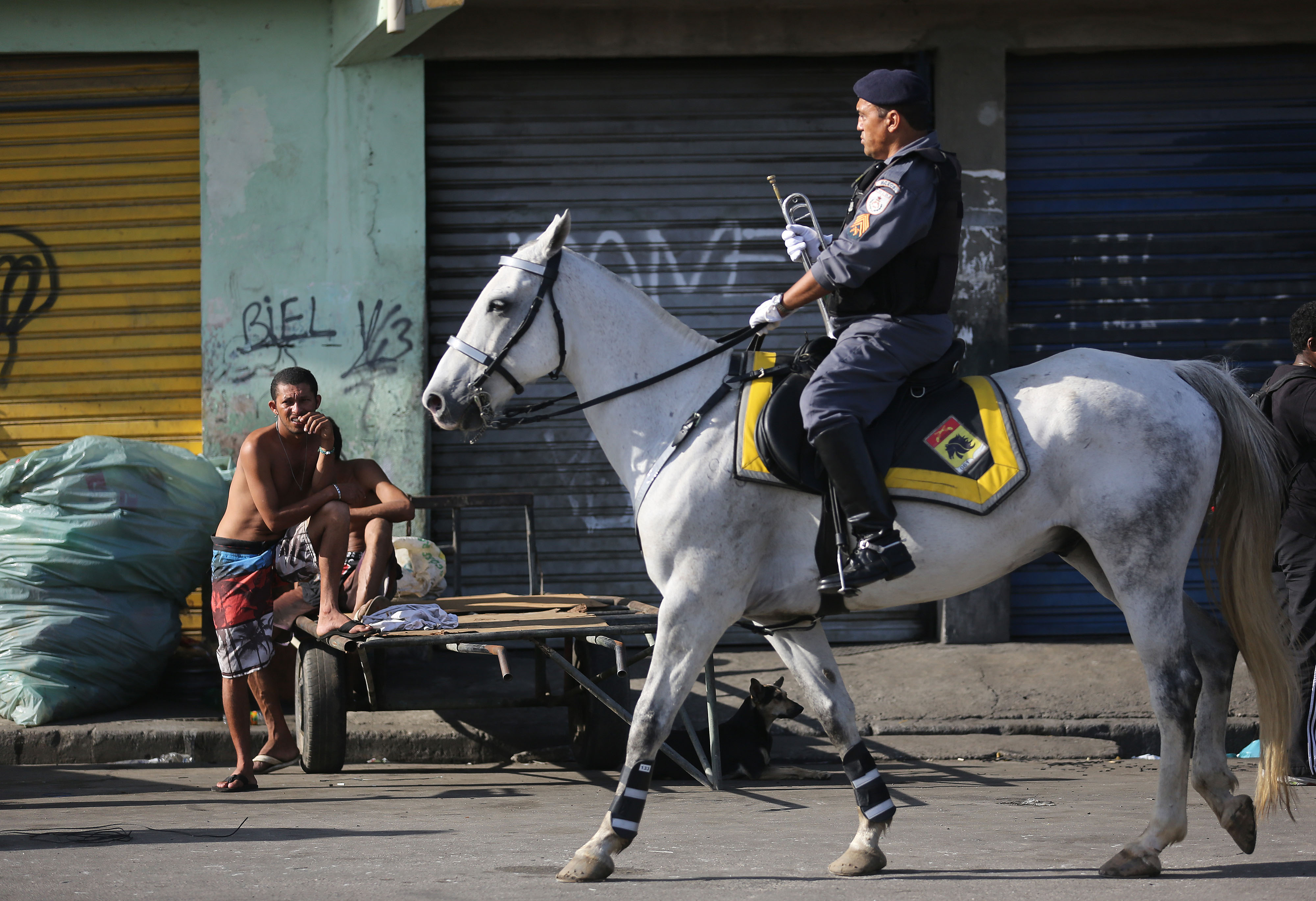 RIO DE JANEIRO -- More than 1,400 police officers and Brazilian Marines rolled into a massive complex of slums near Rio de Janeiro's international airport before dawn Sunday in the latest security push ahead of this year's World Cup.

Not a shot was fired as the Mare complex of 15 slums became the latest impoverished area to see security forces move in to take control and try to push out heavily armed drug gangs that have ruled Rio's shantytowns for decades.

In the coming days, Army soldiers will begin patrolling the virtually treeless, flat area of about 2 square miles (5 square kilometers) in northern Rio that hugs the main road to the airport and is home to about 130,000 people.

Security forces will eventually set up permanent posts in Mare as part of the "pacification" program that began in 2008 and is meant to secure Rio ahead of not the World Cup and also the 2016 Summer Olympics. Police have installed 37 such posts in recent years in an area covering 1.5 million people.

Sunday's operation comes at a critical time for the security effort. In recent months, gangs have brazenly attacked police outposts in other shantytowns on orders from imprisoned gang leaders who want to stymie the spread of "pacified" slums. With each area policy occupy, gangs lose valuable territory for the manufacture and sale of drugs.

Hilda Guimares, an elderly woman who slowly shuffled down a street on her way to church in Mare as officers from Rio's elite BOPE police unit quickly moved past, said she welcomed the presence of the state.

"This had to happen and it's about time," said Guimares, a longtime resident of the area. "We've needed to clean up this neighborhood for so long, but we've always been ignored. For too many years these gangs have been ruling this place."

Other residents, most of whom were too afraid of both the police and the gangs to give their names, had mixed feelings.

Over the arc of the 5-year-old "pacification" program, shootouts in the affected slums are unquestionably down. But many residents complain of heavy-handed police tactics.

More than 20 police who patrolled in Rio's largest slum, Rocinha, are facing charges for the torture, disappearance and presumed death of a slum resident there, whom they were questioning in an effort to find caches of drugs and guns in the community.

Additionally, residents say that after police set up permanent posts in slums, the state is not following up with strong social programs that would improve their lives.

"I didn't believe the police would actually come until I saw them enter before dawn," said Sabrina, a 15-year-old girl working at a snack stand who asked that her last name not be used, saying she was afraid of retribution by gang members. "Those of us who live here are stuck between the gangs and the police; we don't know who is really going to control this place."