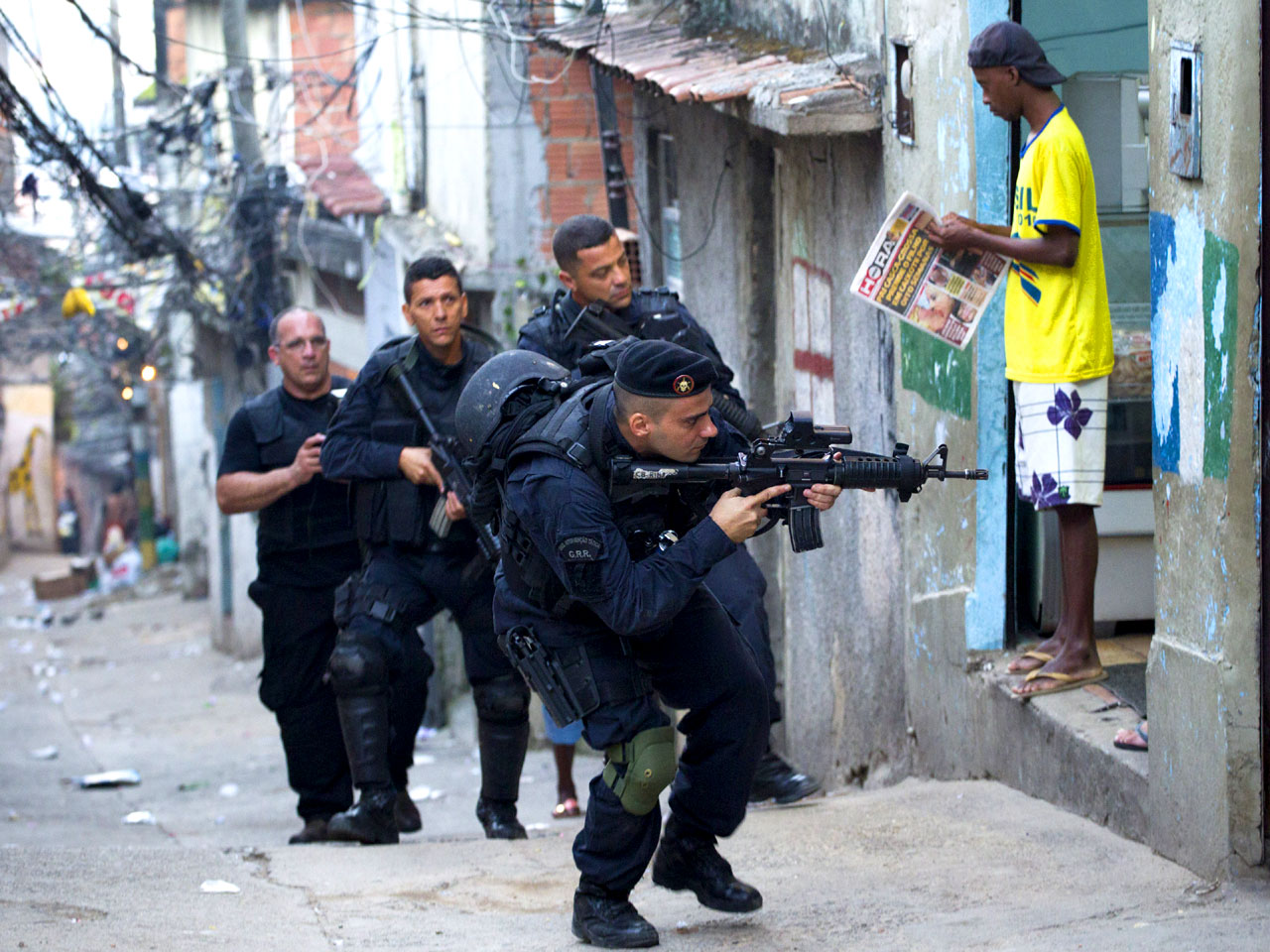 RIO DE JANEIRO - Brazilian police are raiding another slum dominated by drug trafficking gangs in an ongoing program to bring peace to areas near Maracana stadium ahead of the 2014 World Cup and the 2016 Olympics.

Photographers and cameramen from The Associated Press on the scene have seen hundreds of police officers and troops invading the Mangueira shantytown, backed by helicopters and several armored vehicles.

Rio state public security director Jose Beltrame said in a televised news conference that police have taken control of the slum without exchange of gunfire.

Seventeen other shantytowns have already been pacified by security forces taking over the city's poor community slums, known as "favelas."

Maracana will host the World Cup final and the opening and closing ceremonies of the Olympics.

In addition to the raid, leaflets were dropped from helicopters on the notoriously dangerous favelas, some with photos of wanted criminals, others with photos with the police special forces' telephone number so that residents could pass on information about drugs traffickers or weapons, BBC reports.

Rio's authorities have been trying to regain the trust of favela residents, who have largely been ignored by state authorities for decades and see the police as the enemy, BBC reports.