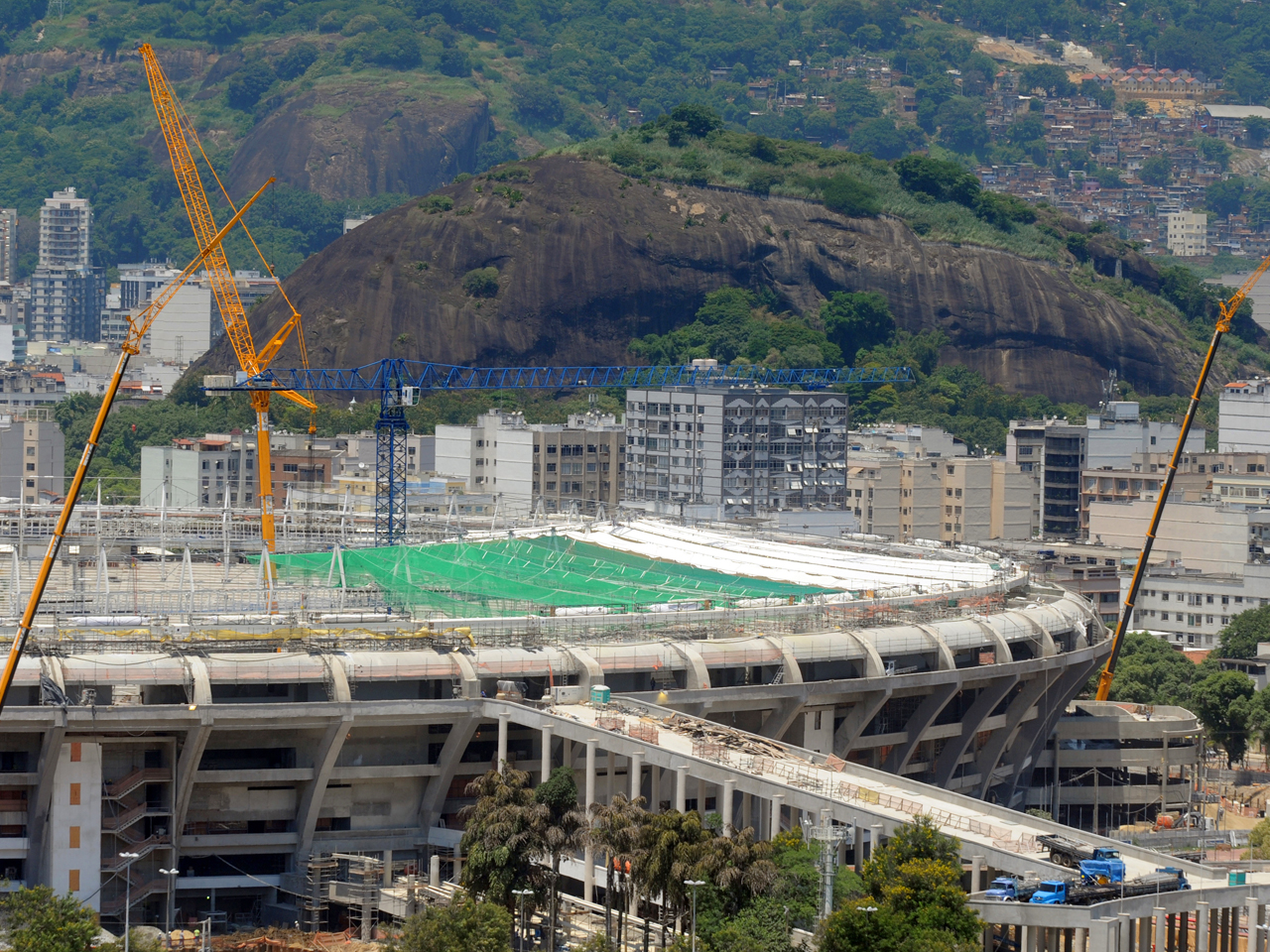 SAO PAULO, Brazil Anyone with even a cursory knowledge of Brazilian soccer knows the players who have lit up the field over the last half-century. Pele, Ronaldo, Zico and Romario may go by just one name, but they need no introduction.

The spectacle is no less heart-stopping in the stands. From the crackle and boom of fireworks to the shirtless hordes chanting support for their teams and the unfurling of flags almost as large as the field itself, soccer matches in Brazil are a riot (sometimes literally) of noise and passion.

However, many worry that the construction of 14 new stadiums, 12 of which will be used to host matches in next year's World Cup, is threatening to tear the heart and soul from the beautiful game.

Three of the new stadiums are already open and they're modern, comfortable and safe, which can't be said for the older, dilapidated arenas. But rising ticket costs are pricing out some fans, and others are unhappy about bans on flags, banners and even traditional goal celebrations.

"They want to modify the culture of the Brazilian football fans with this World Cup," Cruzeiro fan Fabio Gomes wrote on a supporters' website. "We really do need modern stadiums and comfort for fans, too, but that doesn't justify banning or changing the way fans here express themselves."

Brazil needs the new stadiums to bring supporters back to the game: Average attendance is lower than in China, Japan or the United States, according to a recent study by the Pluri sports consultancy.

Officials hope the new venues -- which are going up at a cost of around $3.5 billion -- will attract fans who have stayed away because stadiums are run down, policing is poor, and it's cheaper and safer to watch the games at home on television.

But most of the new stadiums aren't owned by the clubs. They make money through ticket sales under concession agreements with operators, which means higher prices.

This year Cruzeiro is charging a minimum of $25 to watch games at the refurbished Mineirao stadium, more than twice what it charged last season. Season ticket prices are also soaring, with the minimum monthly cost rising from $30 to $50 and the more expensive mounting to $100 from $60.

Fans of other teams playing in new stadiums, including Gremio, Fortaleza and Ceara, are also being asked to pay more.

Supporters and officials agree it should cost more to watch a match in a new stadium, but they disagree on how much, and on how the game-day experience should change.

At the newly opened Gremio Arena in the south of the country, last month, seven people were hurt when a barrier collapsed during the team's traditional avalanche celebration, when fans stream down the terraces en masse after a goal. The club wants to ban the practice even though the stadium was built with the avalanche in mind.

And fans who went to the opening match at the Mineirao stadium earlier this month were prohibited from bringing their trademark flags and banners. Officials claimed the staffs could be used as weapons and the banners would cover sponsors' billboards.

"Everyone here is worried about football becoming too elite," said Bellini Andrade, a Cruzeiro fan who was at the game. "If you take away the flags and the banners you lose part of the identity and the connection fans have with their team. And if you lose that, the overall spectacle is impoverished."

However, officials seem to be more worried about revenues than spectacle.

More Brazilians have more money, thanks to steady economic growth and government assistance policies that have helped lift more than 30 million people out of poverty and into the consuming middle classes in the last decade.

Advertisers and sponsors have thrown hundreds of millions of dollars into soccer to reach them.

Most clubs would be happy to have stadiums filled with well-behaved, middle-class fans with cash to spend on drinks, shirts and other merchandise. Some officials have even appealed to fans to treat the new stadiums like theaters or cinemas.

However, traditionalists worry the all-important game of soccer will lose more than just atmosphere without raucous radicals to raise the roof, but something of the national character.

"We are Brazilians and we like to demonstrate our passion," said Antonio Carlos Morin, coordinator of an MBA course in sports management and marketing at Rio's ESPM business school. "The risk is that match day becomes too standardized. It can't be like a night out at the cinema. It has to be like a football match."

This story originally appeared on Global Post, and was written by Andrew Downie.