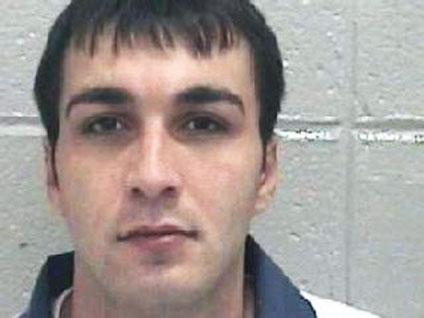 ATLANTA (CBS/AP) Georgia death row inmate Brandon Joseph Rhode is scheduled to be put to death Monday evening; however, after his recent suicide attempt his lawyer says his client is "no longer competent" and is fighting to appeal the decision.

After rescheduling his Tuesday execution for Friday, following the suicide attempt, the court decided to move the execution to Monday at 7 p.m. in order to allow time for appeals to process.

Attorney Brian Kammer urged the Georgia Supreme Court to push back the execution again so experts can evaluate whether or not the 31-year-old who slashed his arms and throat Tuesday is competent to be executed and understands why he is being punished.

As a result of the botched suicide attempt, the convicted murderer lost half his blood, went into shock, and could have suffered brain damage, says Kammer.

Rhode was stabilized at a local hospital, but has been confined to a restraining chair in order to prevent the young man who, according to his attorney, suffers from mental illness from doing any further harm to himself. In Kammer's opinion, this "torture chair" is cruel and unusual punishment.

"Clearly, the intense stress of impending execution...as a result of the heavy and rough security measures being taken, were and are now taxing Mr. Rhode's already limited coping skills, as a result of his chronic depression and organic impairments, to the breaking point," Kammer said in the motion.

Rhode was convicted in 2000 killings of 37-year-old Steven Moss and his 11-year-old son Bryan and 15-year-old daughter Kristin during the 1998 burglary of their Jones County home. His co-conspirator, Daniel Lucas, was also sentenced to death in a separate trial and is on death row.