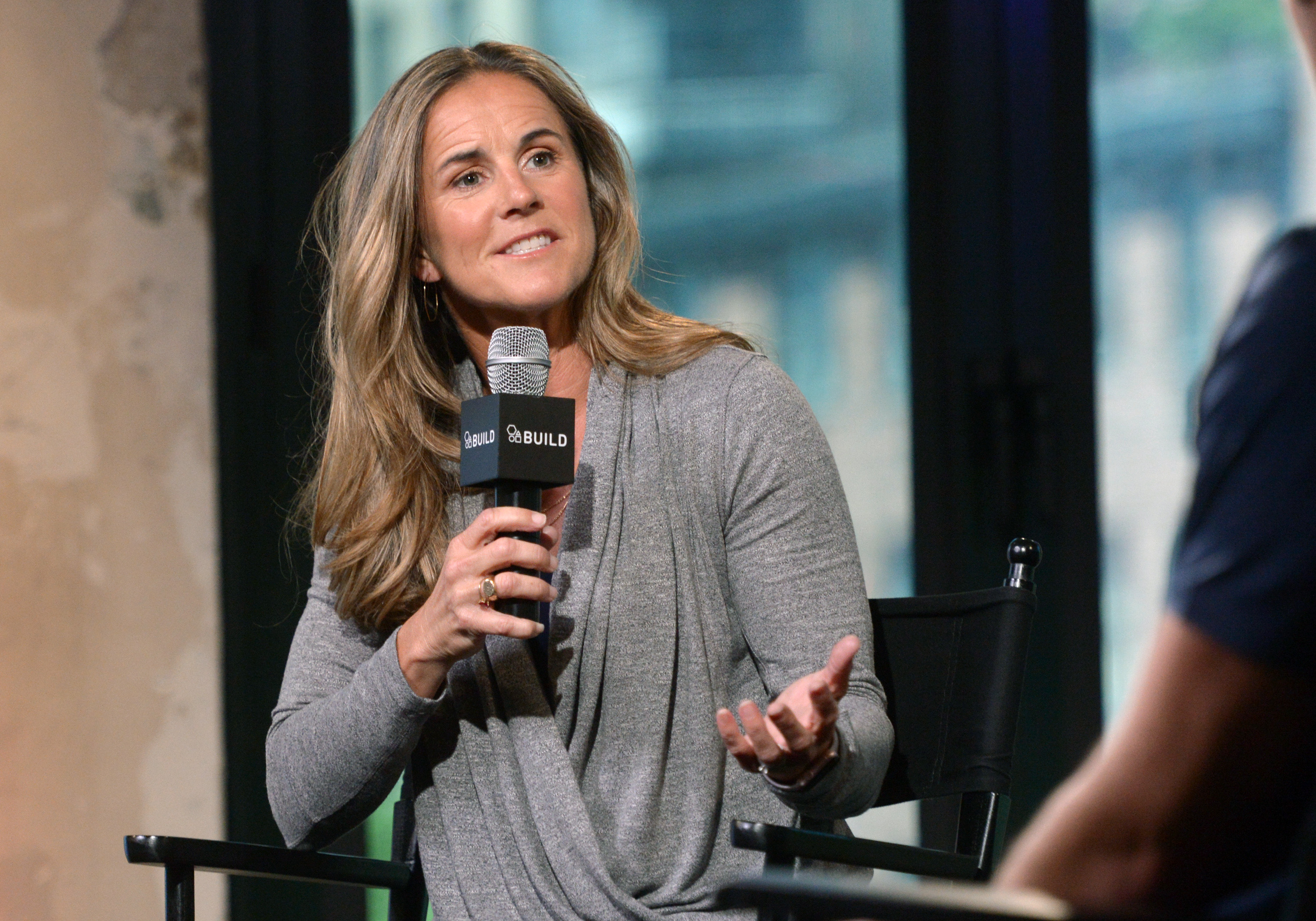 Seventeen years ago Brandi Chastain and the U.S. women's soccer team captivated the world with their stunning victory in the 1999 World Cup Final. In the moments that followed a single image helped capture the historic win -- a celebratory shot of Chastain on the ground with her jersey in hand.

That image became one of the most infamous photos in American athletics and inspired many generations to come. Teamwork was crucial for Brandi at this time, and is even more important for her today after recently revealing her son was diagnosed with Chron's disease. Now she is partnering with AbbVie on a new educational campaign -- My IBD Game Plan -- to help others living with the disease.

Brandi opened up to CBS News about her son and soccer today, just days after it was announced she would be elected into the National Soccer Hall of Fame

First I'd like to ask, what was your reaction when you heard you were elected into the National Soccer Hall of Fame?

Initially it was one of great gratitude and humility. I mean I played soccer with arguably some of the best soccer players in the world, but more importantly some of the best people. I loved being able to contribute to the success of our team and just the honor of putting on the jersey and representing our country has just been a gift. And so this is not really one person's award to be honest with you. I had so many great people, teams and coaches I have played with. For me being a part of a team has always been where I find the most comfort. My 10-year-old son was diagnosed with Crohn's a year ago and I realize teams and resources are more important now than ever.

How difficult was it for you to speak out about your son's Crohn's diagnosis?

Well I think initially my only thought was what I could do as a parent to help my son. I also didn't realize that our story is a lot like other peoples' stories. And if our story as a family can help an individual or another family then that really is our responsibility to each other. I think as humans we should all advocate for one another and educate, empathize and sympathize with those living with this on a daily basis.

What did you learn about this disease?

Number one I think I learned how many people are actually living with this on a regular basis. It woke me up to the fact that I have a great platform which I can use to share our story and say you know what we understand that chronic illness will have its ups and downs and can be unpredictable but in this moment we are in control.

You and the other women on the U.S. National Team did so much not just for female athletes, but really for American athletics in general. Today, we're seeing the women on the current national soccer team pushing for change in their fight for equality in the sport. Are you encouraged by what's being done?

I'm absolutely in concert with the concept that regardless of your gender if you are doing your job the pay should not be differentiated. This is not a battle that has just been started, we have been having this conversation for a long time. Our captains from the previous team worked tirelessly sometimes with and sometimes against U.S. soccer. It was really about what are we doing so we set examples for those who come after us, so that they will know the work they do is valued.

I believe that this has been a battle for a long time. And I think this is a great time to be alive and be in the moment when we will see that change happen -- I know it's coming. I think it's just like voting for my grandmother and Title IX for my mother. This will be our generations call to action that will come through.

Why has it taken so long for this topic to get the kind of attention it is getting now?

I think part of it is the culture and the day and age we live in. Social media has changed everyone's ability to get and give information. I think now we really have a chance to have a call to action. I was most passionate about women's soccer and I always stood up and said so. Yes we were different than other sports and came from a nontraditional sports culture, but that doesn't mean we were not as serious, dedicated, or as important or valuable as the others. And that took a long time for people to buy into. I think the difference between that time and now is that things happen right in front of your face in real time today, and that's why I think the pressure is more heavy for the people who need to make change.

We watched the U.S. team win gold last year at the Women's World Cup. This year they are expected to do very well at the Olympics. What are you excited to watch?

If there is one thing I know about the U.S. women's national team is that it's not only about winning, but it is about how you get there. Not only the physical component of playing the game, but also the mental component necessary to be resilient and have resolve and look inward to your teammates and rely on one another. We've had great practice over a few decades now and it's become part of who we are -- and I am proud to see it continue.

I always loved my moments of putting on my U.S. women's national team jersey-- and I'm as proud now to see when they walk out onto the field because I know they will do great things this summer.

Looking back on your Olympics experience, what is your favorite part about it?

In all honesty when you get the first piece of U.S.A equipment it is really impactful. The Olympics is the world's game -- it's every elite athlete in the world that will be present. This year is the 20th anniversary of women's soccer debuting in the Olympic games. So to have soccer -- and women's soccer specifically -- shows that we have made such great strides and made such a mark on the games. That is very humbling and makes me excited, emotional, and giddy at the same time. It is fabulous!

For more information on Brandi and her family's story, visit IBDGamePlan.com.