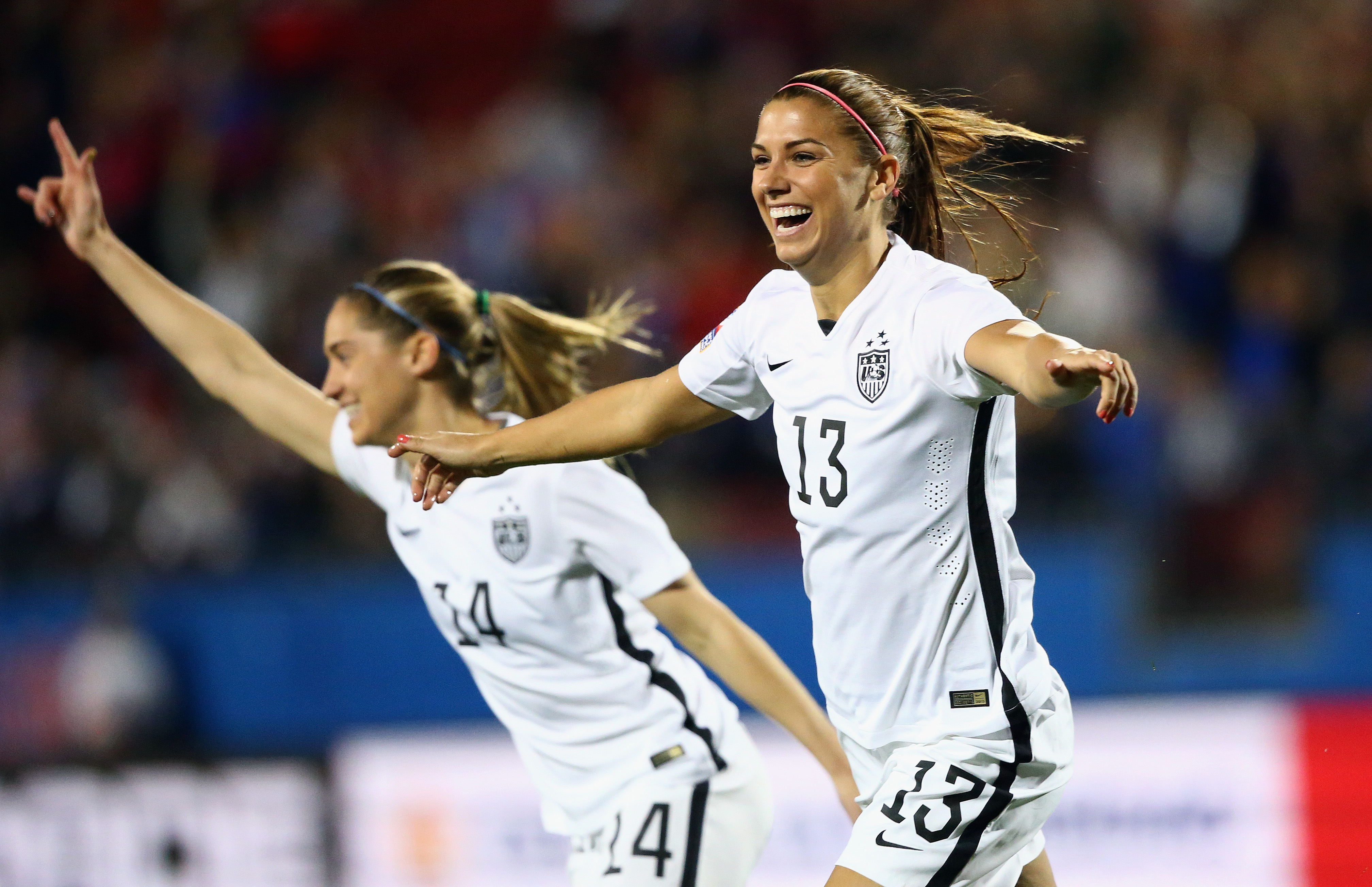 All eyes will be on the U.S. women's soccer team at the Rio Olympic games. Today the team kicks off its campaign for gold against some of the world's top teams -- just over a year after they clenched the world title in the U.S. Women's World Cup against Canada.

The women's team will open Group G play Wednesday against New Zealand in Belo Horizonte, Brazil. The team will play again this week against France on Aug. 6.

There has yet to be a dull moment for these women since earning the coveted title. They have spent the past year publicly fighting for equality for women and men in American sports.

Alex Morgan -- the team's forward -- has been a role model for young women both on and off the field. Before she heads to Rio, Morgan joined the Always #LikeAGirl campaign to help encourage girls to keep playing in sports despite all odds. She spoke to CBS News about her decision and what to expect in Rio.

On being a part of the Always #LikeAGirl campaign:

It was great for me to partner with "Always #LikeAGirl" because I feel like the number one thing in sports and in life is about feeling confident with what you do. Feeling confident is important not only in sports but also in how you perceive things. And so it was important for me to partner with them because I wanted to display that and thought that leading up to the Olympics was a great time for girls to feel encouraged while watching us on TV in Brazil.

Yeah I've definitely heard discouraging comments before from past coaches. Nowadays on social media you log on and you see discouraging tweets all the time from everyone who feels like they are entitled to their opinion. I feel like when I was younger I took it a lot harder than I do now. But when I was younger what I tried to do was turn to the people that really mattered in my life.

I had my family, teammates and even myself telling me I was deserving even though my coach was telling me to my face that I wasn't. So a way for me to kind of turn around the negativity was for me to prove them wrong. So I feel like for girls who hear discouraging things, the one thing they can do is find the people that matter in your life because then they'll find the real encouragement.

On how sports helped her confidence:

I started off playing sports when I was five years old. I played three or four sports all throughout the year. And so I feel like it helped me so much with teamwork and learning to listen, to lead, to follow your teammates and even to trust in others. I also learned to collaborate for the greater good and be selfless. There are so many things that I feel like team sports helped teach me when I was younger that I apply now to my daily life.

On her team's push for equality, and what she hopes young girls learn:

I love that younger girls are so in tune with what's going on. It's amazing to kind of talk to eight, nine, and ten-year-old's who say they have heard about the equal pay and that they are with us. When I was younger there was no talk of that. Women weren't really professional athletes at all, and it was known that women were paid less in the music, movie and TV industry. So nowadays I feel like it's great that the discussion is being held, that things are being done about it and that young girls are being educated on what we're fighting for.

On how she feels different going into the Rio Olympics:

I feel like my role is greater with this team. In the last Olympics I had barely gotten a starting spot on the team and I was still one of the youngest players. Now I have so much more experience under my belt. There are a lot more eyes on us leading into the Olympics because of the successful year that we had in 2015 as well. There are a lot of similarities in how I feel though as well. I think for a major tournament like the Olympics you need to be fit and be mentally ready, and I feel like I'm at that point right now going into Rio.