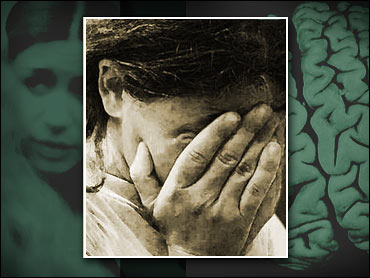 Ask anyone to name a brain disease that causes dementia and eventually death, and the most likely answer you'll get is Alzheimer's disease.

Though that's one correct answer, it's not the only one. And a group meeting here this week is trying to increase medical and public awareness for other degenerative brain syndromes that are as misunderstood and underdiagnosed as they are destructive to victims and families.

Frontotemporal dementia, or FTD, is an umbrella term that includes several related brain disorders. They generally strike people in their 50s — a decade earlier than Alzheimer's typically hits — and can take a severe financial, as well as emotional, toll on the sufferers' families.

Like Alzheimer's FTD has no cure and no confirmed treatment to slow the slide into dementia. About 4.5 million Americans are believed to have Alzheimer's; the number with FTD is unclear because it is often misdiagnosed.

"It's where Alzheimer's was 20 years ago in terms of the lack of recognition, information, knowledge," said Helen-Ann Comstock, chair of the Association for Frontotemporal Dementias. "This is a disease that hits at the prime of life, making it financially devastating for families and baffling and embarrassing because it's not always recognized."

Just days before a major conference on Alzheimer's disease begins this weekend, families and doctors focused on FTD are gathering.

"It's tough to say how many people are being inaccurately diagnosed but in all likelihood, half of the folks (with FTD) are being missed," said University of Pennsylvania neurologist Dr. Murray Grossman, a member of AFTD's Medical Advisory Council. "It's so important for us to spread the word, to make sure that we're getting accurate diagnoses, especially since we're on the cusp of potential treatments."

While Alzheimer's is marked by memory loss, FTD patients retain their memories of people and events. They instead have trouble speaking and remembering words, and they may become extroverted or withdrawn, make inappropriate remarks in public, exhibit rude or childlike behavior, and appear selfish or apathetic.

Sometimes compulsive behaviors develop, like walking to the same location day after day, constant hand-clapping or rubbing, or humming the same tune for long periods.

The symptoms often lead to patients being misdiagnosed with a variety of disorders including Alzheimer's, stroke, bipolar disorder or depression. As a result, frontotemporal dementia can go undiagnosed for years.

Comstock's husband was misdiagnosed twice with Alzheimer's before a third opinion months later concluded that he actually had Pick's disease, a type of frontotemporal dementia.

At the time of his diagnosis in 1978, Craig Comstock was a 44-year-old math professor at the Naval Postgraduate School in California, a researcher and a fixture on the community charity circuit. He died seven years later, bedridden and unable to eat or drink.

In an unusual move not typical of most medical meetings, families of FTD sufferers were invited to attend the Philadelphia gathering and take part in discussions to arm them with information about caring for their loved ones, Comstock said.

Grossman said researchers are looking for ways to stabilize a protein in the brain that seems to degrade and disappear in these dementia sufferers.