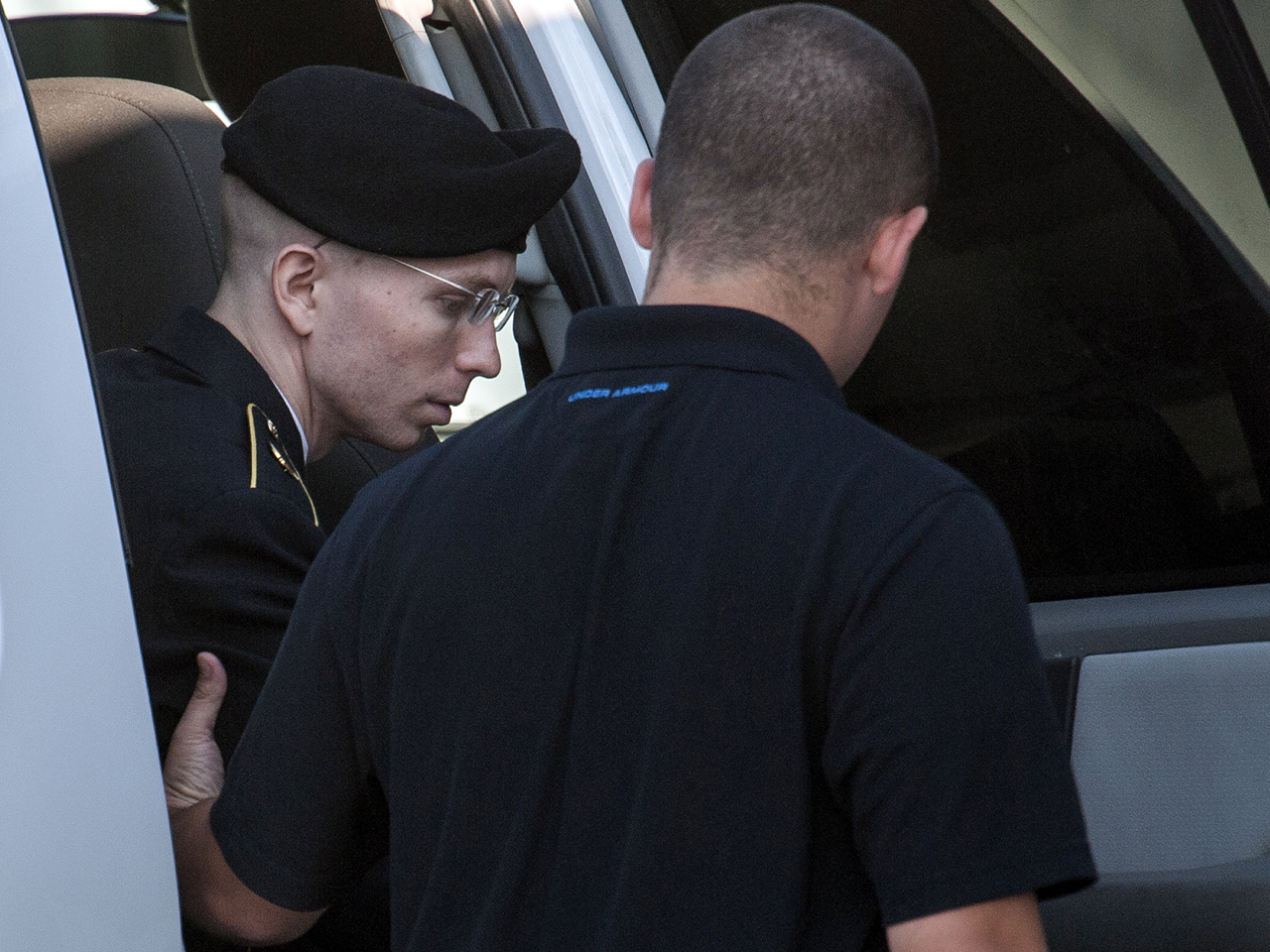 FORT MEADE, Md. U.S. Army Pfc. Bradley Manning is a whistleblower who wanted to inform the American public about the troubling things he saw in the war zone, and the soldier is willing to pay the price for giving secrets to WikiLeaks, his defense attorney said Friday.

During closing arguments, attorney David Coombs disputed what prosecutors said a day earlier, that Manning was a traitor whose only mission as an intelligence analyst was to give classified information to the anti-secrecy website and bask in the attention.

"He's not seeking attention. He saying he's willing to accept the price" for what he has done, Coombs said.

Manning, 25, is charged with 21 offenses, but the most serious is aiding the enemy. A conviction on that could land him in prison for the rest of his life.

Coombs said the prosecution cherry-picked Manning's chats with convicted computer hacker Adrian Lamo to make their case. He urged the judge to read the entire chat log to put things in context.

For example, he said the prosecution cited a line Manning wrote to Lamo: "If you had unprecedented access to classified networks, 14 hours a day, seven days a week, for eight-plus months, what would you do?"

Coombs pointed out Manning also wrote, "Hypothetical question: If you had free reign over classified networks over a long period of time, if you saw incredible things, awful things, things that belonged in the public domain and not on some server stored in a dark room in Washington, D.C., what would you do?"

Lamo turned the soldier in to authorities in May 2010.

Coombs also said Manning's chat with Lamo about Hillary Clinton and other diplomats around the world having a heart attack over what was leaked was taken out of context.

A military judge, not a jury, is hearing the case at Manning's request. Army Col. Denise Lind will deliberate after closing arguments, but it's not clear when she will rule.

Speaking for more than five hours Thursday, Maj. Ashden Fein told the judge Manning gave secrets to a group of anarchists, knowing the material would be seen by the terrorist group al Qaeda.

"WikiLeaks was merely the platform which Pfc. Manning used to ensure all the information was available for the world, including enemies of the United States," Fein said.

Coombs has said Manning was troubled by what he saw in the war — and at the same time was struggling as a gay man in the era of "don't ask don't tell." Those struggles made him want to do something to make a difference and he hoped revealing what was going on in Iraq and Afghanistan and U.S. diplomacy would inspire debate and reform in American foreign and military policy.

A native of Crescent, Okla., Manning has acknowledged giving WikiLeaks some 700,000 battlefield reports, diplomatic cables and videos. But he says he didn't believe the information would harm troops in Afghanistan and Iraq or threaten national security.

"The amount of the documents in this case, actually is the best evidence that he was discreet in what he chose because if he was indiscriminate, if he was systematically harvesting, we wouldn't be talking about a few hundred thousand documents — we'd be talking about millions of documents," Coombs said.

Coombs showed three snippets of video from a 2007 U.S. Apache helicopter attack Manning leaked, showing troops firing on a small crowd of men on a Baghdad sidewalk, killing at least nine men, including a Reuters news photographer and his driver. Coombs said the loss of civilian lives shocked and horrified the young soldier.

"You have to look at that from the point of view of a guy who cared about human life," Coombs said.

Prosecutors argued Manning only cared about himself. The government and Manning's attorneys also disagree on when the soldier started giving material to WikiLeaks. Prosecutors believe it was in late 2009, shortly after his deployment in Iraq began. Manning has said it started in February the following year.

The verdict and any sentence will be reviewed, and could be reduced, by the commander of the Military District of Washington, currently Maj. Gen. Jeffery S. Buchanan.