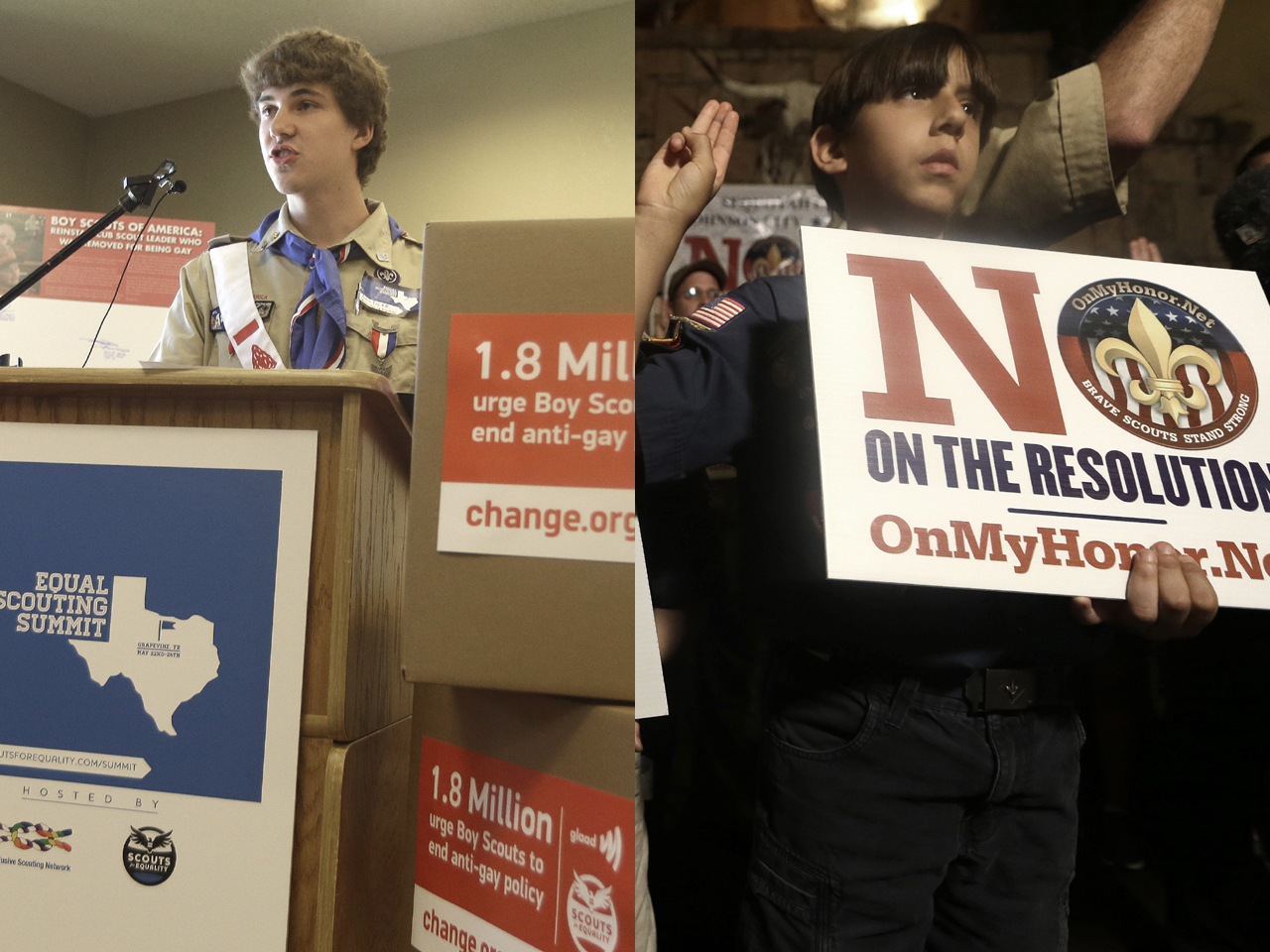 GRAPEVINE, Texas The Boy Scouts of America's national leadership will vote Thursday whether to allow openly gay Scouts in its ranks, a critical and emotionally charged moment for one of the nation's oldest youth organizations and its millions of members.

About 1,400 voting members of BSA's national council are to cast ballots Thursday on a resolution that would end a policy that allows youth Scouts to be excluded based only on sexual orientation. The ban on gay adult leaders would remain in place.

The vote is taking place at a resort in Grapevine, Texas, not far from BSA's headquarters, during the national council's three-day annual meeting. While the meeting was closed to the public, it was closely watched by supporters and opponents of a change. Both sides on Wednesday made a final effort to explain their positions. Gay-rights supporters and others who want the policy changed held a summit at a nearby resort, while opponents held signs on the street next to the entrance and a rally nearby.

Both sides have waged an effort resembling a political campaign in the months leading up to Thursday's vote. Supporters of allowing gay scouts used a political consulting firm and targeted about 120 local Scouting councils that they thought were the most competitive - the "swing districts" where they thought votes could be won. Opponents obtained the names and addresses of voting members and sent out mailings. They also held rallies across the country on the same day last week.

Scouting was established in 1910 and claims 2.6 million youth members in the U.S., in addition to thousands of leaders and volunteers. Its board of directors includes executives and community leaders, and President Barack Obama is its honorary president.

BSA has faced mounting pressure over its exclusion policy as public opinion toward gays and gay marriage continues to evolve. President Obama called on the Scouts to reverse the ban before a national executive board meeting in February, and two high-profile board members -- the CEOs of AT&T and Ernst & Young -- said they would work from within to change the policy.

The national executive board decided instead to leave the final decision to a vote of the national council, and BSA launched a listening tour of surveys and focus groups. BSA President Wayne Perry called on voters to approve the resolution overturning the ban, in an opinion piece for USA Today published online Wednesday.