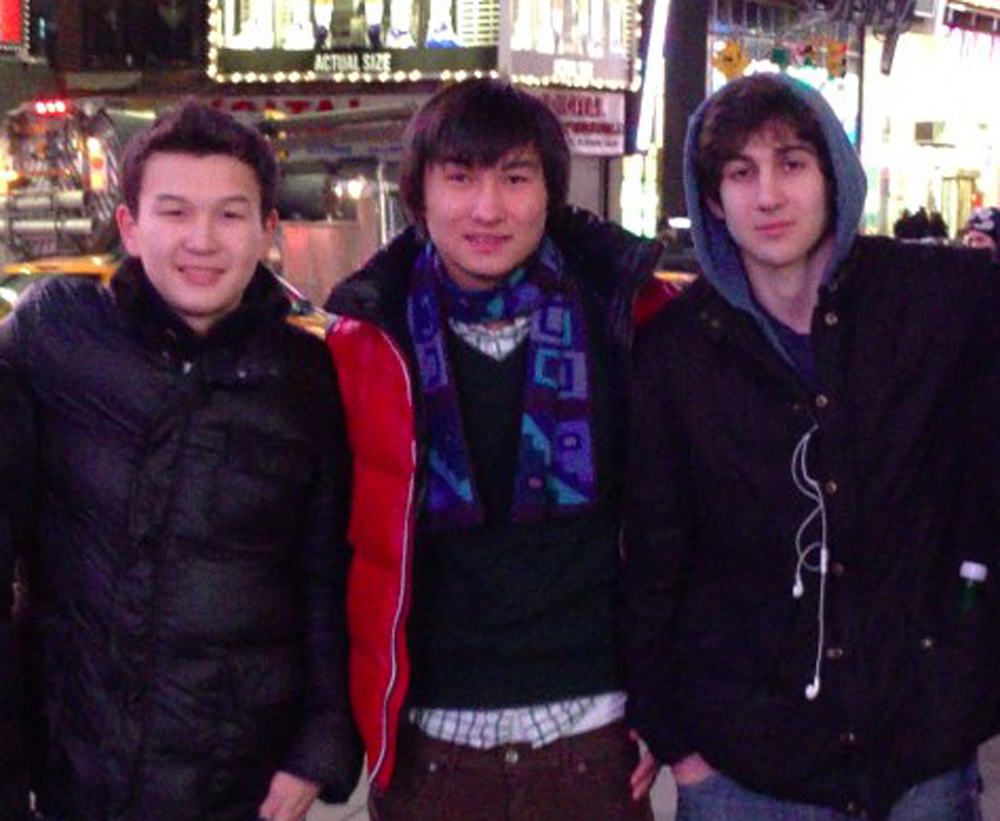 Dias Kadyrbayev and Azamat Tazhayakov were arraigned Tuesday in federal court on charges of conspiracy to obstruct justice.

Prosecutors say they tried to thwart the investigation of the deadly April explosions by throwing away fireworks and other items they found in Tsarnaev's dorm room the day before his capture.

Authorities say they found the fireworks in a New Bedford, Mass. landfill.

Lawyers for both men have said they did nothing wrong.

Both are 19-year-olds from Kazakhstan. Like Tsarnaev, they were students at the University of Massachusetts, Dartmouth.

If convicted, they face up to 20 years in prison. Family members of both attended the hearing. According to CBS Boston, federal prosecutors said Tuesday that 15-to-20 witnesses may be called during the trial.

Following the arraignment, Kadyrbayev's attorney Robert Stahl released a statement saying his client "fully cooperated" during the investigation into the Boston Marathon bombing.

"Dias also voluntarily turned over the computer from Tsarnaev's room and told the FBI where they could find the backpack that contained a packet of fireworks," the statement read. "The FBI recovered all of the items because of Dias' complete cooperation with their investigation."

In an interview with CBS This Morning, Stahl said his client did nothing wrong and was unaware that Vaseline and fireworks are bomb-making materials.

"He and Azamat had no idea Dzhokhar was involved," Stahl said. "Our hope is justice will prevail and Dias will be reunited with his family. He enjoyed and cherished his education in the United States."

Stahl also argued that the government acted too aggressively by charging the two students in connection with the bombing.

"In this horrific act where people were injured and killed, labeled as terrorism, the government is not willing to look at the facts in a clear and balanced fashion," he said.

Dzhokhar Tsarnaev, 19, was arrested on April 19 when he was found hiding in a boat in a suburban Boston backyard. He faces 30 charges, including using a weapon of mass destruction to kill, and has pleaded not guilty.