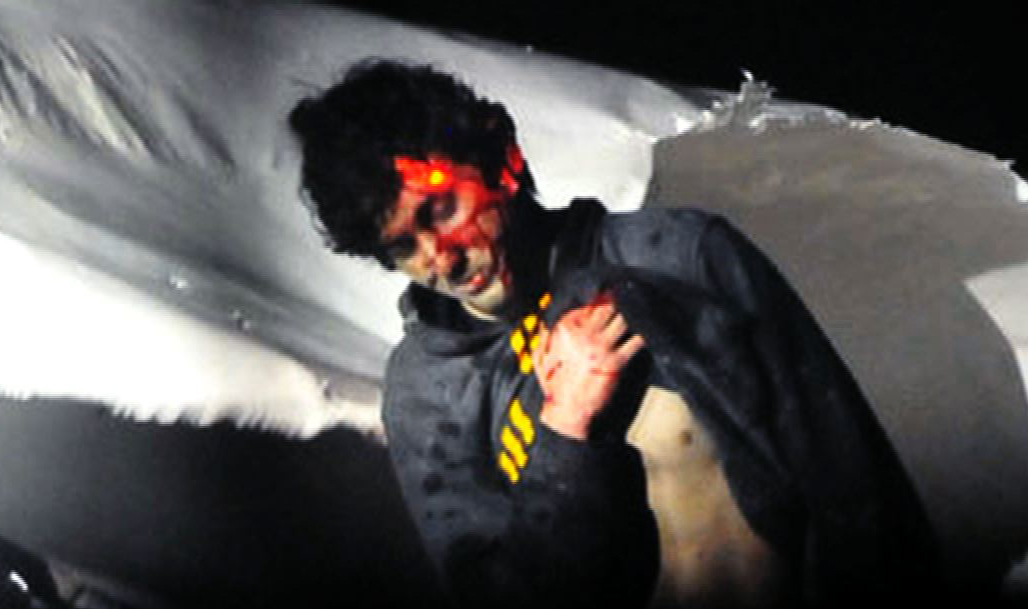 (CBS NEWS) BOSTON -The surviving Boston Marathon bombing suspect suffered multiple gunshot wounds including one to the face, a skull fracture, and various other injuries when he was captured hiding in a boat in a Watertown backyard, according to a doctor who treated him.

The injuries were described by Beth Israel Deaconess Medical Center trauma surgeon Dr. Stephen Ray Odom in an April legal proceeding at the hospital three days after the arrest of Dzhokhar Tsarnaev.

Transcripts of the testimony were unsealed Monday.

Odom described the most severe injury as a gunshot to the face that "appears to have entered through the left side inside of his mouth and exited the left face, lower face."

Odom added: "This was a high-powered injury that has resulted in skull-base fracture, with injuries to the middle ear, the skull base, the lateral portion of his C1 vertebrae, with a significant soft-tissue injury, as well as injury to the pharynx, the mouth, and a small vascular injury that's been treated."

Besides the gunshot wound to the face, Odom said Tsarnaev had "multiple gunshots wounds to the extremities that have been treated with dressings to the lower extremities; and in the case of his left hand, he had multiple bony injuries as well that were treated with fixation and soft-tissue coverage, as well as tendon repair and vascular ligation."

Tsarnaev has pleaded not guilty to the April 15 bombing.

A series of photos released last month by a state trooper angry with a Rolling Stone magazine cover of the suspect show Tsarnaev with a bloody face. The series shows the moment he emerged from his hiding spot in a boat parked in a suburban Boston backyard bloodied and seemingly exhausted.

The release was unauthorized, and Sgt. Sean Murphy faced an internal investigation and possible suspension, but was ultimately allowed back on duty last week.

Murphy's 14 photos show the 19-year-old Tsarnaev emerging from his hiding spot in a drydocked boat in Watertown, just west of Boston, his right hand up in surrender in one, his head buried in his arms in another. In every picture of Tsarnaev, the red dot of a sniper's rifle sight is trained on his head.