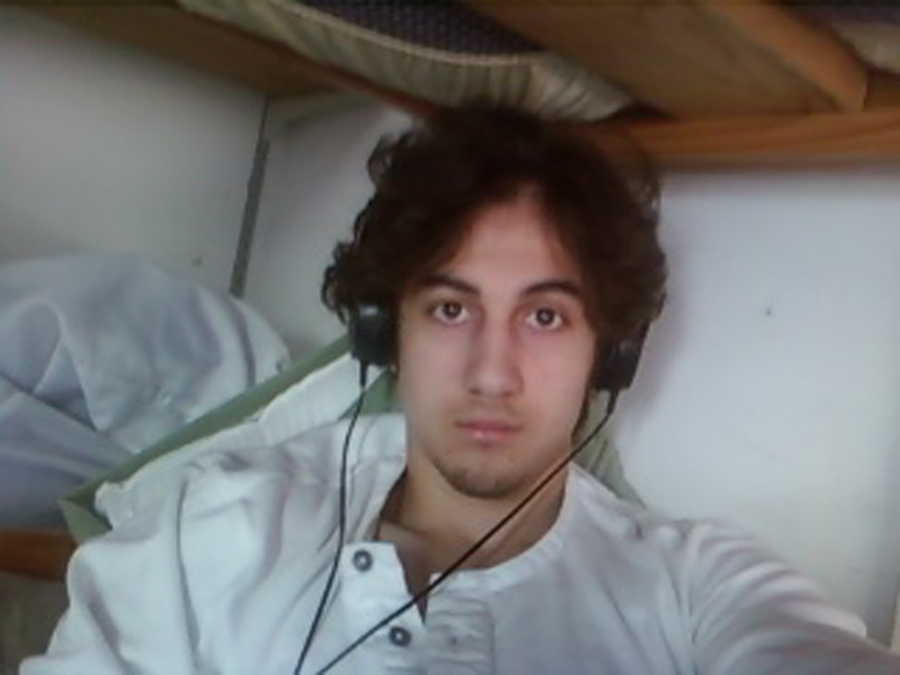 BOSTON -- The second phase of the trial of Boston Marathon bomber Dzhokhar Tsarnaev will not begin until April 21, almost two weeks after his conviction in the 2013 deadly bombing.

A judge granted a request Friday from Tsarnaev's lawyers to have a recess to give the defense time to resolve logistical issues with potential witnesses.

During the second stage - known as the penalty phase - the same jury that convicted Tsarnaev will be asked to decide whether he receives the death penalty or is sentenced to life in prison.

The delay means the trial won't be held on two sensitive dates: April 15, the second anniversary of the attack; and April 20, this year's running of the marathon.

The bombings killed three people and wounded more than 260. During the first phase of the trial, several people gave heart-wrenching testimony about losing one or both legs.

Tsarnaev's attorney is renowned for keeping her high-profile clients off death row, but Judy Clarke could face her most daunting challenge yet in trying to save her client from execution.

Most of Clarke's past successes hinged on persuading prosecutors to take the death penalty off the table before their cases ever reached a jury. She accomplished that on behalf of such killers as Unabomber Ted Kaczynski, Atlanta Olympics bomber Eric Rudolph and Arizona mass shooter Jared Loughner.

With Tsarnaev, Clarke doesn't have that option.

A federal jury convicted Tsarnaev of all 30 charges against him Wednesday and found him responsible for the deaths of the three people killed in the 2013 attack and the killing of a university police officer three days later. The same jurors will begin hearing evidence next week on what his punishment should be. They have only two choices: life in prison or execution.

"One of the things they raised in the paper today is, don't give him what he wants. ... I would be less concerned with what Tsarnaev wants. I would be concerned with what that might mean to groups like ISIS and al Qaeda who would use that to promote his martyrdom for the cause," said John Miller, the deputy commissioner of intelligence and counterterrorism for the New York City Police Department.

A 2013 poll by the Boston Globe found that 57 percent of the city's residents favored a life sentence for Tsarnaev, as opposed to 33 percent in favor of death.

Clarke has had some success in persuading juries that someone who committed a horrific crime should be allowed to live. In 1995, a jury in South Carolina spared the life of Susan Smith, who drowned her two young sons by sending her car into a lake with the boys buckled in their car seats.

Prosecutors said Smith killed her children because she saw them as an impediment to being with a man who had broken off their relationship. But Clarke told the jury about a history of trauma in her life: Her father killed himself when she was 6, she was molested by her stepfather, and she made two suicide attempts as a teenager. Clarke called Smith "one of the walking wounded" and asked the jury to see her as a human being with flaws.

It worked. The jury refused to sentence Smith to death.

Clarke also helped defend Zacarias Moussaoui, often called "the 20th hijacker" for his role in planning the Sept. 11, 2001, terror attacks. Moussaoui's life was spared when one juror held out and refused to vote for death.

"The goal for her is to humanize Tsarnaev," said David Hoose, a death penalty lawyer who won a life sentence for Massachusetts nurse Kristen Gilbert after she was convicted of killing four patients.

Hoose said he experts Clarke and the rest of the defense team to focus on Tsarnaev's youth - he was 19 at the time of the bombings - and present scientific research that indicates the adolescent brain continues to mature in the teenage years and judgment is not fully developed until the 20s.

During the first phase of the trial, Tsarnaev's lawyers admitted he participated in the bombings, but said he did so only after falling under the influence of his older, radicalized brother, Tamerlan, 26.

Robert Blecker, a New York Law School professor and expert on capital punishment, said he expects Clarke to call family members and friends as witnesses to show the jurors that Tsarnaev had a turbulent childhood but had done well in school and was liked by many people. Tsarnaev's family lived in the former Soviet republic of Kyrgyzstan and the troubled Dagestan region of Russia before moving to the U.S. about a decade before the bombings.

"She needs to have them look at him not as this one-dimensional monster, but as a multi-dimensional human being who had a difficult childhood with divorcing parents from another country whose brother became a surrogate father," Blecker said.

No matter what so-called mitigating factors the defense presents, prosecutors have a wealth of evidence on the aggravating factors they say make death the only appropriate punishment. Those factors include the death of an 8-year-old child in the bombings and the choice of the Boston Marathon as a target because its huge crowds provided an opportunity for maximum bloodshed.