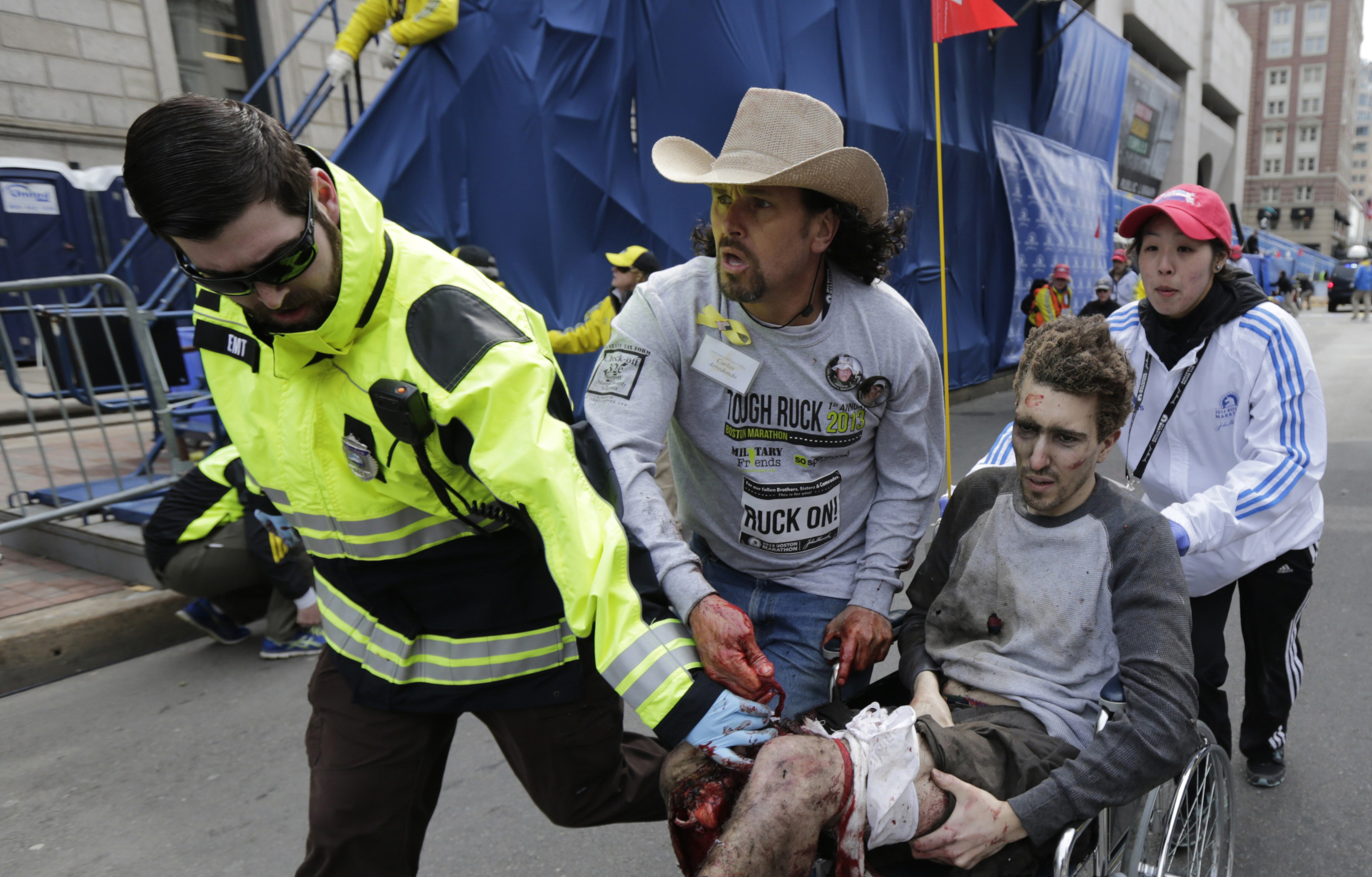 The victims of the Boston Marathon bombing may have to live with the physical and emotional scars from the April 15 attack for the rest of their lives. For some of the injured, that includes learning how to live without one or more of their limbs.

More than 180 people were injured in the attack last week, with at least 13 people losing a limb or part of one. Right now, doctors are focused on recovery and making sure the victims are medically stable. But once the wounds heal, many of the patients will begin the process of being fit with a prosthetic device.

"This is not just about learning how to walk," Steve Fletcher, CPO, director of clinical resources at the American Board for Certification in Orthotics, Prosthetics and Pedorthics, told CBSNews.com. "It's a significant emotional, psychological and physical recovery."

Fletcher is a certified and licensed prosthetist, a medical professional who helps fit people with prosthetic limbs and trains them on how to use them. He said that because there was so many medical staff and first responders onsite and victims were quickly brought to nearby hospitals, he believes doctors were able to prevent many deaths and further complications. However, in some of the pictures, he saw damage so extensive that it was unlikely those victims would be able to keep their limbs.

It could take weeks or even months before an amputee is fitted for a prosthetic device. The patient has to heal, and swelling and sensitivity must be brought down. For this reason, by the time most patients are ready for a prosthetic, they will need outpatient services that are not usually provided by the hospital.

The first step in the patient's journey, however, is understanding what happened, how it will affect his or her life and what change is needed to adapt to the injury. Prosthetist James Wynne, CPO, vice president and resident director of Boston Brace, pointed out to CBSNews.com that people who lose a limb due to a long-term illness have time to prepare. It's not the same for trauma patients.

"When you wake up in the hospital and this is what you are faced with, it's a different situation," Wynne, who did not treat any of the Boston Marathon victims, stated. "People don't typically think of prosthetics unless they are directly involved in it."

Wynne said what helps many of the victims are support groups and hearing stories from people who have survived their type of injury. He mentioned reports of veterans' groups visiting the Boston Marathon survivors in the hospital, just to talk to patients to let them know there is life after amputation.

"It's up to an individual as to how they accept their new body and how members of their family interact with them and work through it," Wynne stated.

What both prosthetists emphasized was that losing a limb did not mean that you would no longer be able to enjoy what you had been used to doing. Because so many veterans are returning from Iraq and Afghanistan with limb injuries, prosthetic research has been increasing, according to Vanderbilt University School of Engineering H. Fort Flowers Chair in mechanical engineering, Michael Goldfarb. While the field of prosthetics pretty much stayed the same from the 1890s to the 1970s, devices began to become more sophisticated in recent years, he said. And Goldfarb called the difference between a 1990s prosthetic and a 2005 prosthetic "the difference between cell phones and smartphones."

Goldfarb specializes in prosthetic research. He pointed out to CBSNews.com that in most cases, patients can return to high level functioning and to their old hobbies, including running marathons and dancing.

What kind of leg a patient will get depends on what kind of lifestyle they lead. For people who like running outdoors, a prosthetist may opt to fit them with a foot that allows them to change their walking or running speed rapidly. For many women, they prefer a foot that has adjustable heel height so they can wear different shoes. Dancers may opt to choose a foot that has a lot of energy storage, which acts like a diving board. This means it won't take them as much energy to help them move forward, giving them more endurance.

The level of mobility and use a victim will be able to retain depends on the injury. For people who might have lost one limb below the knee -- known as a unilateral transtibial amputation -- it's not out of the ordinary to see them picking up running again once they've rehabilitated their injury. People who lost both limbs below the knee -- known as bilateral transtibial amputation -- have a longer journey to recovery, but there are cases of them becoming professional runners. South African Olympian Oscar Pistorius is a prime example of a person who lost both his legs below the knee. Most of these patients are able to walk without any discernible difference, so much so that the average person can't tell that they have lost their leg or legs if pants are covering the prosthetics.

Things get a little trickier once people lose their leg above the knee -- known as a unilateral (one leg) or bilateral (two legs) transfemoral amputation. That's because they have less control over the prosthetic. Even in this case, a person who loses one leg below the knee still has the ability to be quite active because their other leg can help compensate for the loss.

Losing both legs above the knee, however, is very difficult, and many of the patients remain wheelchair-bound or need a cane to help them get around, Goldfarb explained. Part of the problem is that prosthetics don't have the abilities a normal limb has, making something that most people take for granted -- like going upstairs -- nearly impossible.

"Prosthetic legs in general that are available today don't have that power," Goldfarb said. "They don't have the ability of muscles. They can help your balance and keep you from falling, but they can't lift you up."

In addition, the legs don't have sensation. People with both legs feel the ground below them when they are walking. However, amputees may develop sensory ataxia, where they still can see their "limb" moving, but they lose the sensory information that helps them with motion and balance.

"I'm not sure that amputees think that limbs are part of their bodies," Goldfarb explained. "I think a lot of it is the sensory information when you touch it. A lot of the feel of it has to do with acceptance."

One problem that Goldfarb and his team are trying to address in their research is the fact that prosthetics don't have reflexes. By adding this basic sensory function, it will theoretically help people with prosthetics improve their balance. For example, if a person stumbles, the prosthetic will be able to compensate and prevent them from falling down.

One hurdle to newer devices, however, is that many insurance companies won't provide replacement prosthetics or the latest technology for amputees under their coverage.

"We have some incredible technologies that allow these patients to get back to what they were, but there is a cost to it, and I think the insurance companies need to see the benefit," Wynne said.

Fletcher said that in the case of his Medicare patients, he often has to fight to get them coverage because the government requires a lot of documentation which can delay progress. He's also battled with insurance companies, which he stated "are very aggressive at limiting the amount of payment." Fletcher and Wynne emphasized that starting rehabilitation and training as soon as medically possible provides the best outcomes.

"If you can get up ambulating as soon as possible and go to physical therapy frequently, it can benefit you greatly," Fletcher said. "Training is an integral part of that prosthesis."