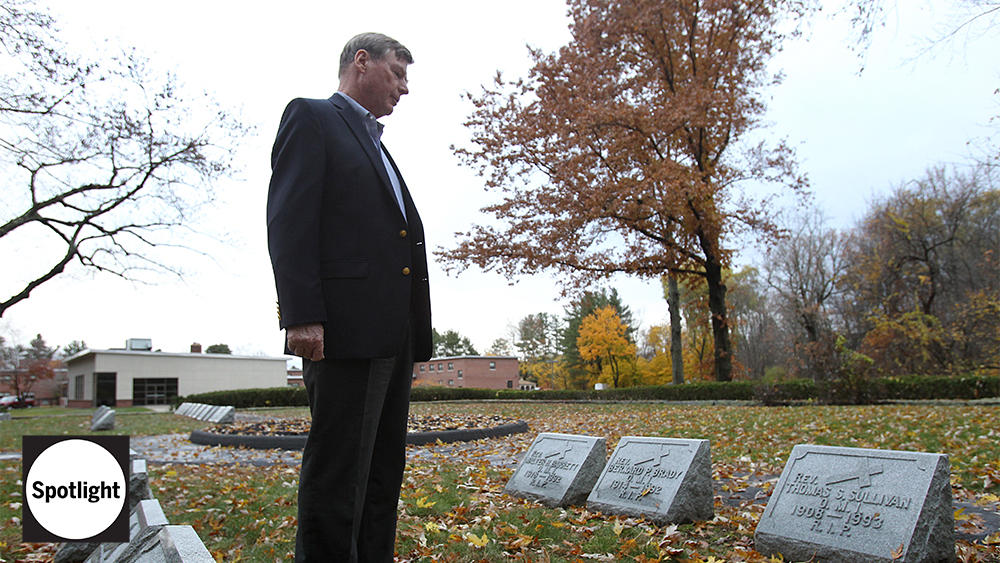 The Boston Globe's Spotlight team is unveiling a report on what it calls a worldwide and "systemic problem" within the Catholic Church: priests fathering illegitimate children.

Reporter Michael Rezendes, who was depicted in the 2015 Oscar-winning movie "Spotlight," writes thousands of people across the world – "in Ireland, Mexico, Poland, Paraguay, and other countries, in American cities big and small" – have "strong evidence that they are the sons and daughters of Catholic priests." The children say they're often neglected or shamed into silence.

Here's an excerpt from Rezendes' report:

He carried his doubts and disappointment across miles and decades, from childhood to adulthood, and finally at the age of 48 to the kitchen table of a modest house outside of Buffalo. There, he would ask an elderly aunt and uncle to help him answer the question that had troubled him all his life: Why had his father always seemed to dislike him so much?

With his parents already dead, Jim Graham pleaded with his Aunt Kathryn and Uncle Otto to tell him the truth about his family. Finally, Kathryn unfolded a newsletter published by a Catholic religious order and slid it across the table. She jabbed a finger at a picture of a sad, balding figure wearing a priest's clerical collar.

"Only the principals know for sure," she said, "but this may be your father."

Read Part I of the report on BostonGlobe.com: "Children of Catholic priests live with secrets and sorrow"

Read Part II of the report: "A priest's son takes his case directly to the Pope"

In 2002, Rezendes and the Spotlight team ran more than 600 reports revealing a scandal within the Catholic Church in which hundreds of priests had sexually abused thousands of children over decades and church leaders had covered it up. The newspaper won a Pulitzer Prize for its coverage.

We reached out to Vatican officials for a statement regarding the new reporting on children of priests, but they declined to comment.