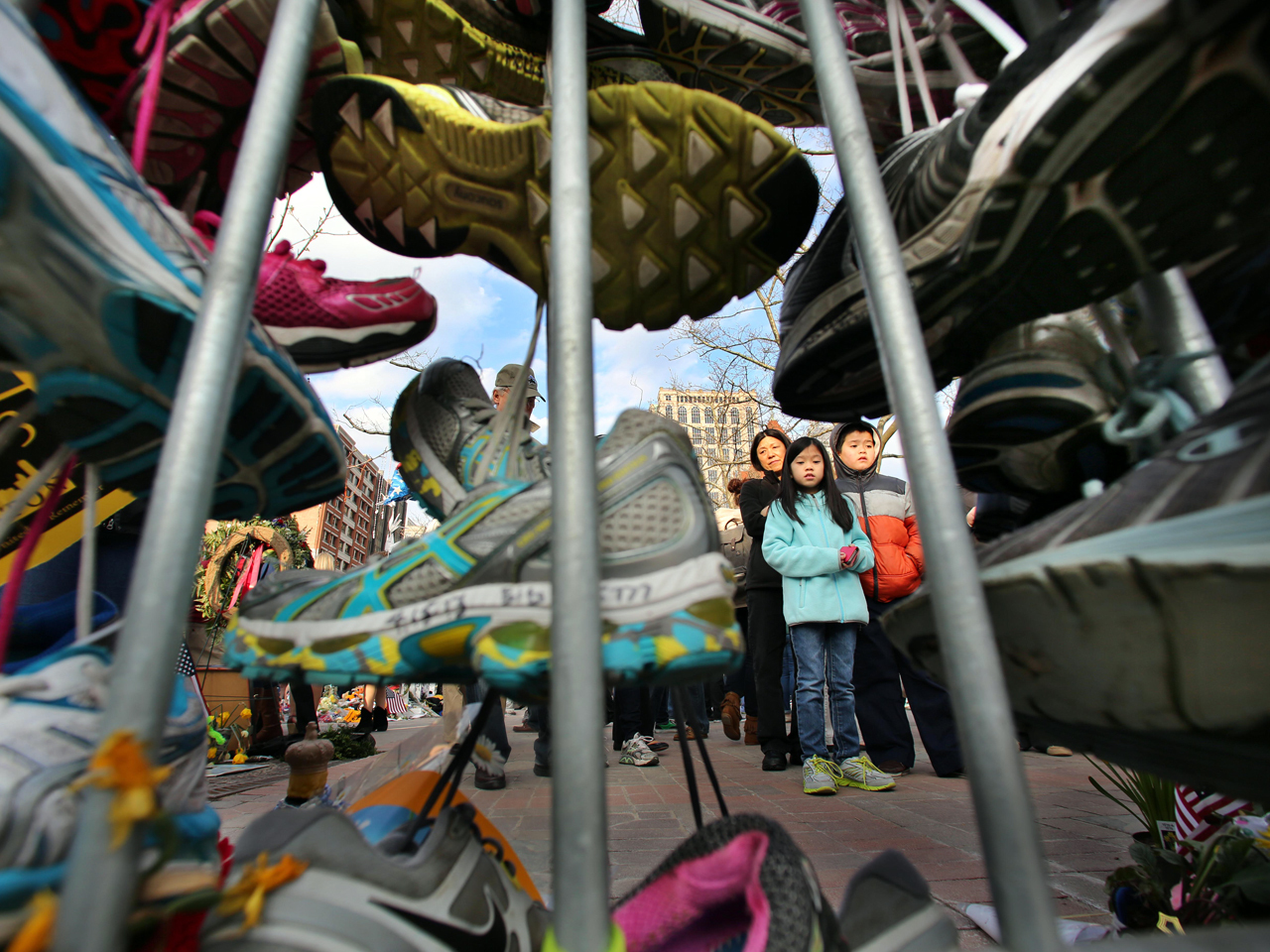 BOSTON With the Boston Marathon bombing suspect in a prison hospital, investigators are pushing forward both in the U.S. and abroad to piece together the myriad details of a plot that killed three people and injured more than 260.

FBI agents picked through a landfill near the University of Massachusetts Dartmouth, where 19-year-old suspect, Dzhokhar Tsarnaev, was a sophomore.

On "CBS This Morning: Saturday," CBS News senior correspondent John Miller, a former assistant FBI director, reports the agents were looking for a couple of laptop computers that belonged to the suspects.

"One of the things in these terrorism cases, particularly, Margaret, where the issue is how did a process of radicalization occur, a lot of that occurs online," Miller told CBS News correspondent Margaret Brennan, "particularly where they want to know was anyone else involved, was there a mastermind, was he communicating with someone overseas about it."

Miller reports that investigators believe those answers are likely to be found in the computers.

"They believe that what they learned from the brother was that the computer was tossed just before the bombing mission, probably to conceal all that, so they'd really like to get it back," Miller said.

A federal law enforcement official not authorized to speak on the record about the investigation told The Associated Press on the condition of anonymity on Friday that the FBI was gathering evidence regarding "everything imaginable."

Meanwhile, Miller reports that, according to a U.S. official, the bombing suspects' mother had been added to a federal terrorism database about 18 months before the April 15 attack — a disclosure that deepens the mystery around the Tsarnaev family and marks the first time American authorities have acknowledged that Zubeidat Tsarnaeva was under investigation before the tragedy.

Dzhokhar Tsarnaev is charged with joining with his older brother, Tamerlan Tsarnaev, now dead, in setting off the shrapnel-packed pressure-cooker bombs. The brothers are ethnic Chechens from Russia who came to the United States about a decade ago with their parents.

Investigators have said it appears the brothers were angry about the U.S. wars in Afghanistan and Iraq.

The U.S. official told Miller that the CIA had Zubeidat Tsarnaeva's name added to the terror database along with that of her son Tamerlan after Russia contacted the agency in 2011 with concerns that the two were religious militants.

In an interview from Russia, Tsarnaeva said Friday that she has never been linked to terrorism.

"It's all lies and hypocrisy," she told the AP from Dagestan. "I'm sick and tired of all this nonsense that they make up about me and my children. People know me as a regular person, and I've never been mixed up in any criminal intentions, especially any linked to terrorism."

Tsarnaeva faces shoplifting charges in the U.S. over the theft of more than $1,624 worth of women's clothing from a Lord & Taylor department store in Natick in 2012.

Earlier this week, she said she has been assured by lawyers that she would not be arrested if she traveled to the U.S., but she said she was still deciding whether to go. The suspects' father, Anzor Tsarnaev, said that he would leave Russia soon for the United States to visit one son and lay the other to rest.

A team of investigators from the U.S. Embassy in Moscow questioned both parents in Russia this week.

Early Friday morning, Dzhohkar Tsarnaev was taken from Beth Israel Deaconess Medical Center, where he was recovering from a throat wound and other injuries suffered during an attempt to elude police, and was transferred to the Federal Medical Center Devens, about 40 miles from Boston, the U.S. Marshals Service said. The facility, at a former Army base, treats federal prisoners.

"It's where he should be; he doesn't need to be here anymore," said Beth Israel patient Linda Zamansky, who thought his absence could reduce stress on bombing victims who have been recovering at the hospital under tight security.

Two college buddies of his — Azamat Tazhayakov and Dias Kadyrbayev — have been interviewed at length, twice, by FBI agents and have cooperated fully, said Kadyrbayev's lawyer, Robert Stahl, a former federal prosecutor.

They were detained April 20 after being questioned in connection with the attacks, but are not suspects, Stahl said. They are being detained at a county jail in Boston for violating their student visas by not regularly attending classes, he said.

The two, both students from Kazakhstan, had nothing to do with the attack and had seen no hints that their friend harbored any violent or terrorist sympathies, Stahl said.

Meanwhile, New York's police commissioner said the FBI was too slow to inform the city that the Boston Marathon suspects had been planning to bomb Times Square days after the attack at the race.

Federal investigators learned about the short-lived scheme from a hospitalized Dzhokhar Tsarnaev during a bedside interrogation that began Sunday night and extended into Monday morning, officials said. The information didn't reach the New York Police Department until Wednesday night.

"We did express our concerns over the lag," said Police Commissioner Raymond Kelly.