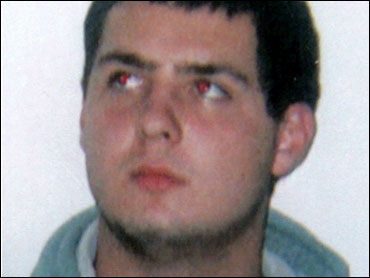 Relatives of the Bosnian-born teen who killed five people and wounded four others in a shooting spree at a U.S. shopping mall said Thursday they were shocked by the news.

"I saw it on TV and I heard a brave policeman killed the shooter. Not in my wildest dreams could I have presumed Sulejman killed those people. When I heard his name, I fell from the sofa," said Redzo Talovic, 59, a cousin of the gunman.

"What got into him? This is what we are all asking ourselves. We are all in shock," he said.

There were no signs that the 18-year-old was in trouble, family members told the Salt Lake Tribune. "No, he was very good," said his uncle, Sadik Omerovic. "He never, never [hurt anyone]. He was very nice person."

Sulejman Talovic quit school at 16, but had continued to attend Friday prayers at a Salt Lake City mosque until December, when he got a job under pressure from his father.

With patches on bullet holes and flowers still left as memorials, Trolley Square reopened Wednesday, less than 48 hours after a deadly shooting spree, to curious and supportive shoppers.

A mall executive said the opening was intended to "let the healing begin," although it was up to each shop whether to do business.

"One of the images that will be burned in my mind is seeing him loading his weapon," Dansie told

The rampage lasted "maybe 5 minutes if that, but it was an eternity of fear," Dansie said.

Talovic's relatives recounted the difficulties the family went through when the war broke out in Bosnia in 1992 — and remembered the smiling little boy who was just 3 when the fighting began.

Relatives said their village, Talovici in northeast Bosnia, fell to Serb forces soon after the war began. "For a whole year, we were besieged and bombed day and night. We couldn't stick our noses out of the house," Redzo Talovic recalled.

In 1993, Sulejman and his mother fled to the nearby northeastern enclave of Srebrenica, living there briefly before being evacuated by the U.N., relatives said. The boy's father joined them in Tuzla in 1995 before they moved to Zagreb, Croatia, eventually becoming Croatian citizens.

The family emigrated to the U.S. in 1998, U.S. immigration officials said.

Few villagers return to Talovici after the war ended, and most of the homes remain in ruins. Among them is the house where Sulejman Talovic spent his early years. His father, Suljo, built it a year before the war began, relatives said.

"Those were really nice people, never argued with anybody about anything. During the war, they shared the little food they had with others," said Sefko Talovic, 59, a distant relative.

"His father helped other injured people flee when the village fell although he himself was injured too," he said. "What happened was a big tragedy, first here and now in America."

So far, there is nothing that shows Talovic's Bosnian ancestry and Muslim religion had any bearing on the murders

"We have no indication that this is an act of terrorism or an act against the U.S. government," FBI supervisory special agent Patrick Kiernan told the Deseret Morning News.

"People recognize that in some respects that this could happen anywhere," Malachy Kavanagh, a spokesman for the International Council of Shopping Centers, a trade group, said. "They'll be mindful and mournful. ... But people do get back to the normalcy of their lives. They return to things that are familiar."

Cabin Fever, a card shop at the center of the shooting, did not reopen. A worker repaired a pillar outside the store that was damaged by shotgun pellets, while owners and employees replaced products on shelves.

There were free Valentine's Day cards outside the shop with a sign that read: "Don't forget to tell someone you love them today. ... Please choose a Valentine with our compliments."

Three people were killed in the store, and Talovic was cornered and killed by police near Cabin Fever.

"We really needed a little bit more time for ourselves and to show our condolences," co-owner David Dean said of the decision to stay closed until Feb. 21.

Talovic's relatives say the family called from time to time saying they had settled in Salt Lake City, secured jobs and were happy. They were making plans to return to Bosnia for the first time, relatives said.

"When I heard his name on TV, I fainted. I still can't believe what he did," said a cousin, Mina Talovic, 54. "I remember him as a happy little boy sitting in my lap."

"I'm so sorry for those poor people," she said. "I feel sorry for him and his family."

The relatives in Talovici said they had not been in contact with the Talovic family in U.S. since the shooting. No one answered the door at their Salt Lake City home Wednesday.

"We are all dismayed. We have a hard time connecting that horrible act with the little smiling boy we remember," Redzo Talovic said.