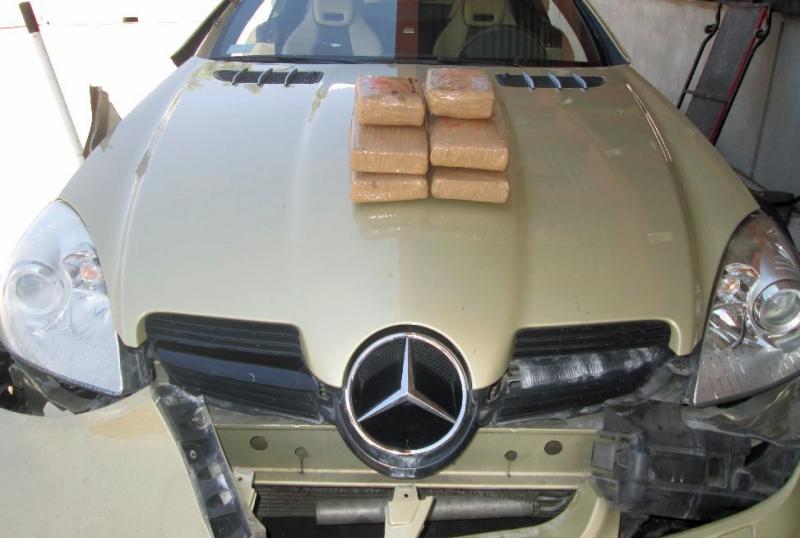 TUCSON, Ariz. -A Phoenix woman who was said to have flirted with an officer at a border crossing station is accused of trying to smuggle 13 pounds of cocaine into the United States from Mexico.

A criminal complaint charging Pikula with possession of cocaine with intent to distribute said she was "overly talkative" during a primary inspection, and Customs and Border Protection spokesman Garrett Reinhart said "flirtation was what was going on."

Reinhart said that made officers suspicious enough to call in a K-9 unit, whose dog quickly detected the scent of cocaine, according to the criminal complaint. X-rays of the vehicle then led officers to six bundles of cocaine allegedly hidden in a secret compartment.

The New York Daily News reports that Pikula was born in Mexico and became a U.S. citizen in April. Social media accounts belonging to Pikula depict the suspect as a world-traveler, posing in Dubai, Amsterdam and Brazil, according to the newspaper.

A public defender assigned to represent Pikula did not immediately return a call seeking comment on her behalf.