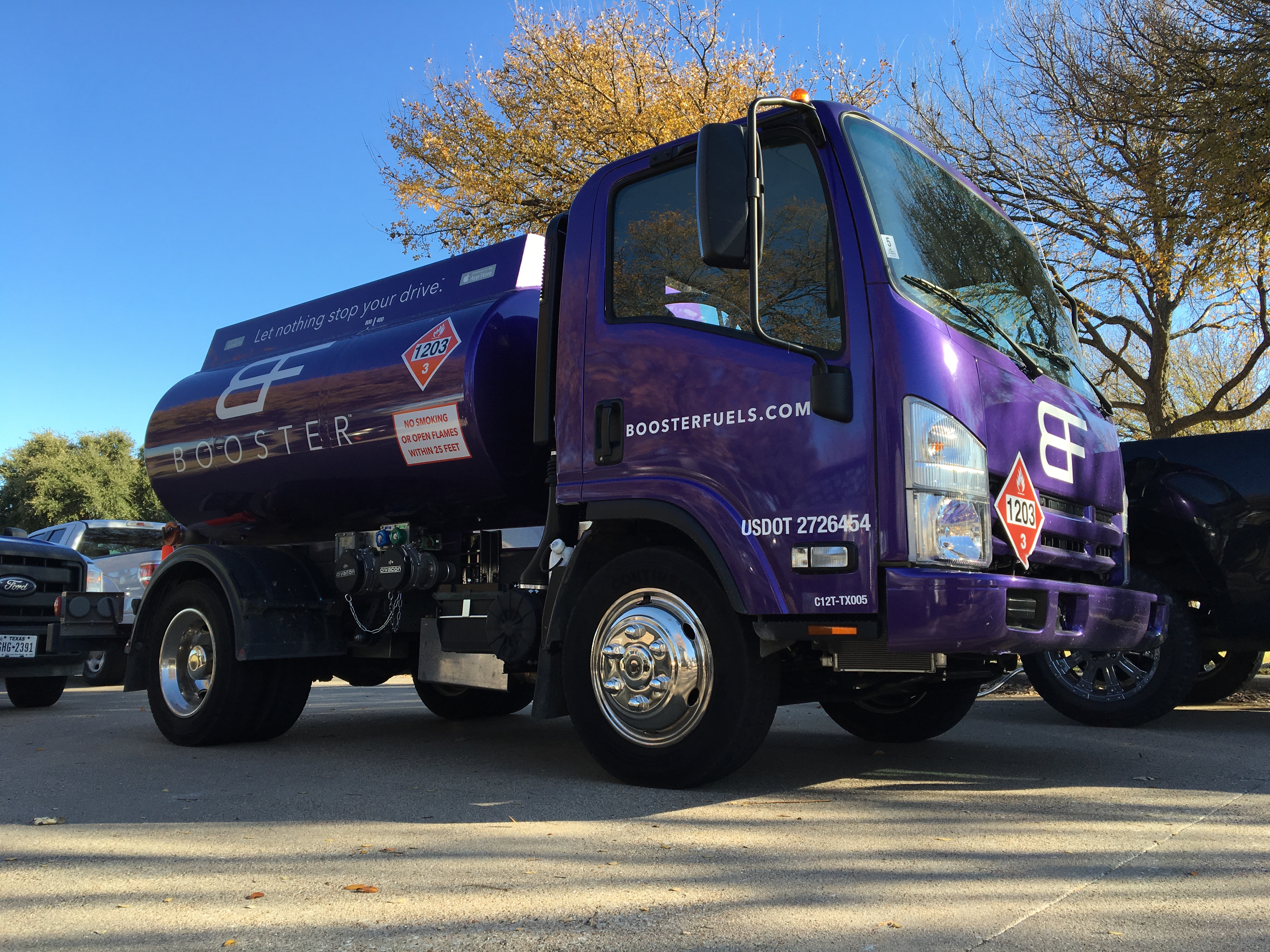 Americans are paying the lowest amount for gas since 2009, according to the America Automobile Association, with the national average dipping to just under two dollars.

But a new company is changing how we gas up, by bringing the fuel to drivers, reports CBS News correspondent Mark Strassmann.

Tony Creme and his big SUV haven't been to a gas station in six months. That's because Booster Fuels' mobile gas station comes to him.

"I hate doing this and then on June 11, I got my first fill up and I've filled up 30 times since then with Booster," Creme said.

A grape-colored truck holds 1,200 gallons - 400 premium, 800 regular unleaded - and fills up cars for customers who work in the Dallas Fort Worth office parks, with a simple request on an app.

"You show up to work. You pull out your phone. You press a button. You go to work. When you come out at the end of the day, your tank's filled up. Your tires are clean. Your windows are washed and you drive straight home, never having to stop at the gas station," Creme said.

"I have yet to meet one person that likes to go to the gas station to get fuel," said Frank MyCroft, one of the co-founders of Booster Fuels. MyCroft came up with the idea to make filling up convenient, and, in some neighborhoods, safe.

"We want people to say this is the 21st century way of getting fuel and I'm going to do it from here on out," MyCroft said.

The cost per gallon is also typically five cents per gallon cheaper than what you'd pay at area gas stations, and there is also no delivery charge or subscription fee.

To keep prices low, Booster Fuels buys gas wholesale and services corporate parks for efficiency. One lot may have as many as 100 fill-ups a day. But Boosters does not yet deliver to people's homes.

"We could, (but) they're not as clustered together," MyCroft said. "There's also the fact that people are typically away during the day when our drivers work but I think that's an area we can grow into and expand as we prove out our system."

Parents of young kids can relate to Mercedes Bolen, another Booster customer. "I now have two kids in car seats that I don't want to get out of their car seats. I don't want to try to you know break up the little battles while I'm at the pump," Bolen said.

Booster Fuels' on-demand mobile gas station is also available in Silicon Valley. Seattle may be the next, and the company hopes to expand nationally.